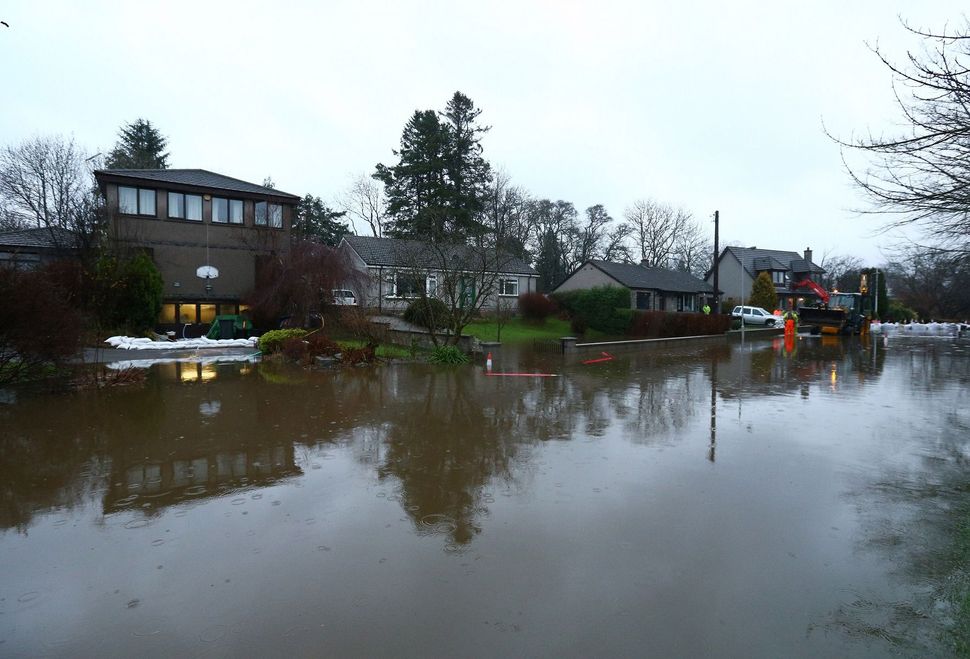 An Israeli humanitarian aid charity has sent a disaster relief team to help flood victims in the north of England.

Four IsraAID volunteers landed in London on Monday and traveled to Leeds to begin work helping repair homes and distributing blankets and food in the worst hit areas, The Jewish Chronicle of London reported Tuesday.

Emergency response chiefs said as many as 1,000 businesses in the city and the rest of West Yorkshire were flooded in the worst disaster of its kind to hit that part of Britain in 70 years. Damages from the flooding in northern Britain are estimated at over $1.2 billion, according to the Yorkoshire Evening Post.

Shachar Zahavi, founding director of IsraAid, said: “The team have already met with small independent initiatives across the north that are delivering food, gutting houses, and helping to rebuild their homes.” He added: “We have responded to 10 floods and tornado disasters in the United States and when we saw what was happening to the United Kingdom in the news, it looked worse than ever before. We wanted to show the community we’d be there for them.”

Leeds Mayor Judith Chapman said she found it “heartwarming to see that a delegation from Israel prepared to drop everything in order to reach out to those in Yorkshire who have been affected by this recent terrible crisis.”