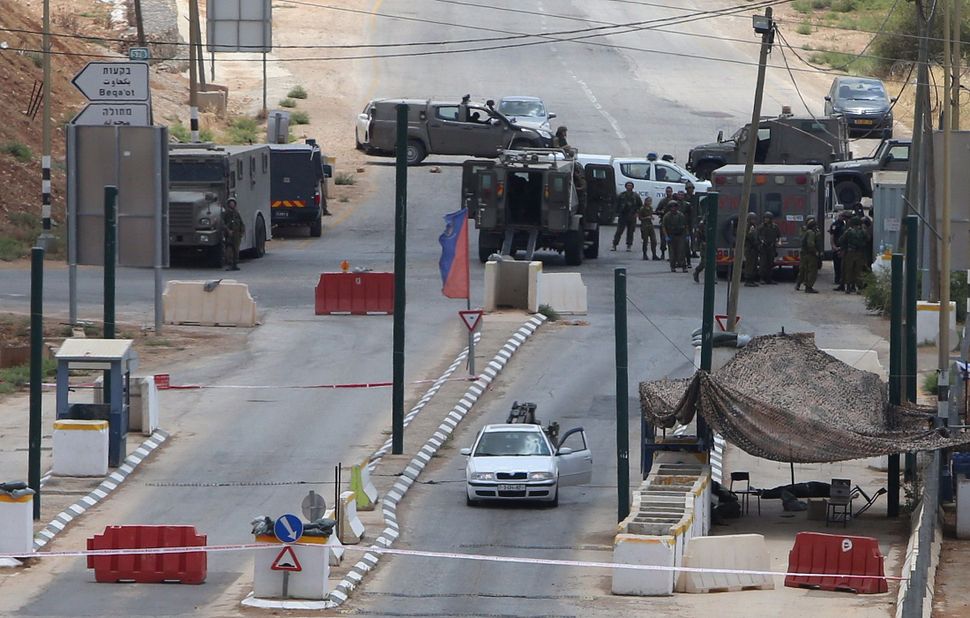 Israeli troops shot dead two Palestinian men at a checkpoint in the occupied West Bank on Saturday, the Israeli military and Palestinians said, but details of the incident were disputed.

The soldiers at Bekaot checkpoint in the northern West Bank were not injured and Israeli forces “thwarted the attack and shot the assailants,” said the military. The Palestinian Health Ministry confirmed the two men were dead.

The Israeli military said the men tried to stab soldiers at the checkpoint but a Palestinian taxi driver, who asked not be identified, said the men did not get out of their vehicle before the soldiers opened fire.

“We were three cars awaiting our turn to cross, the two men who were killed were in the car ahead of mine. The soldiers signaled to them to come forward. When they got there, they opened fire at the car,” he said.

A military spokeswoman asked about the taxi driver’s account said the army was still looking into the incident.

Palestinian stabbing, car-ramming and shooting attacks have killed 21 Israelis and a U.S. citizen since Oct. 1. Israeli forces or armed civilians have killed at least 139 Palestinians, 89 of whom authorities described as assailants. Most others have been killed in clashes with security forces.

The bloodshed has raised fear of wider escalation a decade after the last Palestinian uprising, or intifada, subsided.

Commentators say the surge in attacks has been fueled by the collapse of U.S.-sponsored peace talks in 2014, the growth of Jewish settlements on land Palestinians want for a future state and Islamist calls for the destruction of Israel.

Also stoking the violence has been Muslim opposition to increased Israeli visits to Jerusalem’s al Aqsa mosque complex, which is the third holiest site in Islam and is also revered in Judaism as the location of two biblical temples.

On Friday, an Arab Israeli citizen wanted for a Jan. 1 gun rampage in Tel Aviv, that had left three people dead, was killed in a shootout with police after a week-long manhunt. Authorities have so far said his motives were unclear.