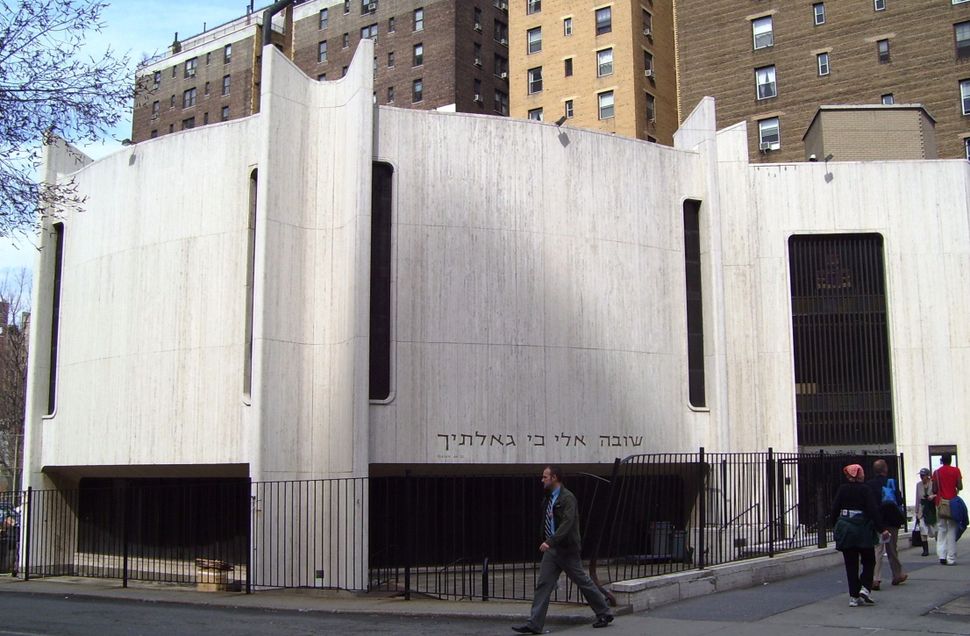 A New York restaurant owner claims in legal papers that a prominent Orthodox synagogue threatened to have his kosher certification revoked if he does not drop a $1.8 million lawsuit against it.

Allaham made the allegations in legal papers filed Thursday in Manhattan Supreme Court. He told the Post that he objected to bringing the case before the Beth Din of America, which Lincoln Square requested, because the Manhattan shul’s rabbi, Shaul Robinson, is a member of the Rabbinical Council of America, which oversees the court.

“That’s the conflict of interest,” Allaham told The Post.

The RCA has over 1,000 members; Robinson is on the board.

The legal dispute between Allaham and Lincoln Square stems from an agreement he made to help build the congregation’s new banquet hall and provide catering for it. Because delays in the construction hurt his business, Allaham objects to the $300,000 in unpaid fees for use of the hall and $1.5 million for his share of construction expenses that the synagogue says he owes.