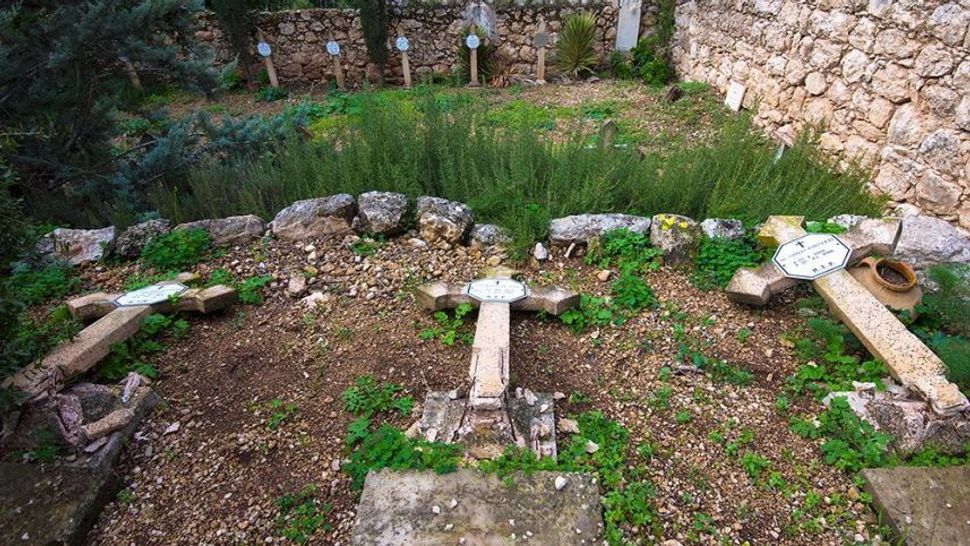 Vandals destroyed dozens of crosses at a cemetery in a Catholic monastery near Jerusalem.

The Latin Patriarchate announced the damage on Saturday when it filed a police report, though the vandalism at the monastery in Beit Jamal reportedly occurred in December, according to reports. The cemetery near the city of Beit Shemesh, located west of Jerusalem, also was vandalized in March 2014.

There are no suspects in the December vandalism. Similar attacks on Christian churches and other property in recent years has been blamed on Jewish extremists.

The patriarchate called on the police and other Israeli authorities to bring the perpetrators to justice.

“We do hope that more efforts be made to educate all inhabitants of the country to respect each other despite their different religious backgrounds,” the patriarchate said in a statement.

Rabbi David Rosen, the American Jewish Committee’s international director of interreligious affairs, in a statement called the vandalism “an attack on Christianity and an assault on freedom of religion in Israel.”