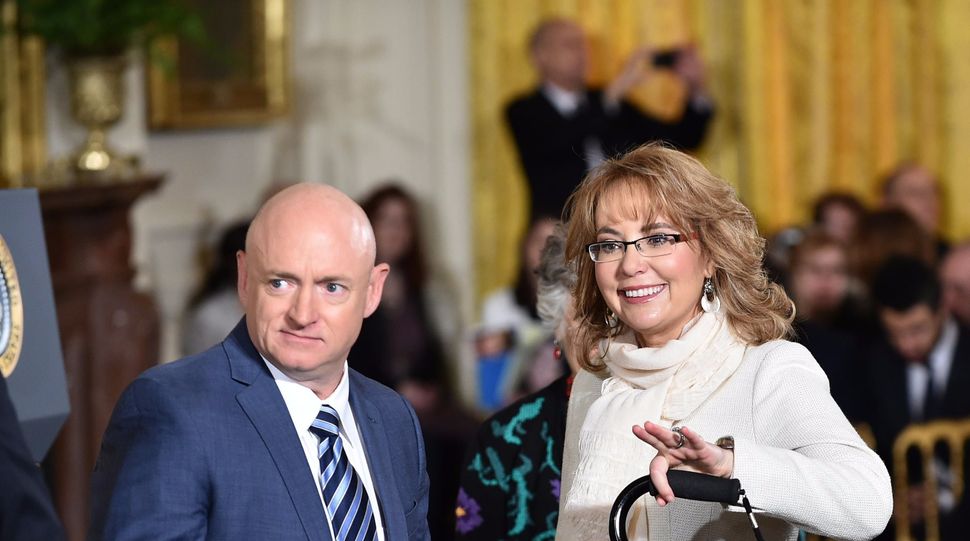 Gabby Giffords, the former Arizona congresswoman who was shot and wounded in a 2011 shooting rampage, has endorsed Hillary Clinton in the Democratic primary fight, citing rival Bernie Sanders’s soft record on gun control.

Giffords and her husband, former astronaut Mark Kelly, said in a statement to CNN that Hillary Clinton is “the candidate for president that has the determination and toughness to stand up to the corporate gun lobby — and the record to prove it.”

Giffords takes a tough stance on gun control due to severe brain injuries from a would-be assassin in 2011. She suffered a gunshot wound to the head during a public speaking engagement with constituents, and her injuries eventually led to her resignation. Giffords and Kelly are public advocates for gun control and have a political action committee called Americans for Responsible Solutions.

This announcement comes after Giffords’ front-row presence at Obama’s tearful speech detailing his plan for executive actions to curb gun violence. Obama’s plan includes expanding background checks on gun purchasers. He also wrote in an Op-Ed in the New York Times that he would not endorse Democratic candidates who do not support strong gun measures. Some believe this is directed at Sanders.

Clinton’s campaign is highlighting Sanders weakness in the area, and painting Clinton as a stronger advocate of gun control measures. Sanders drew negative publicity in the first Democratic debate when he defended his stance by repeatedly pointing out that he comes from a “rural” state where gun-rights sentiment is strong.

Sanders supported a 2005 NRA-supported bill that protected gun-manufacturing companies from liability over deaths from their products. Clinton voted against the bill.

According to a Marist/WSJ/NBC poll, Clinton is only three percentage points ahead of Sanders in the Iowa polls, making this a tight race for the first Democratic contest set for February 1.