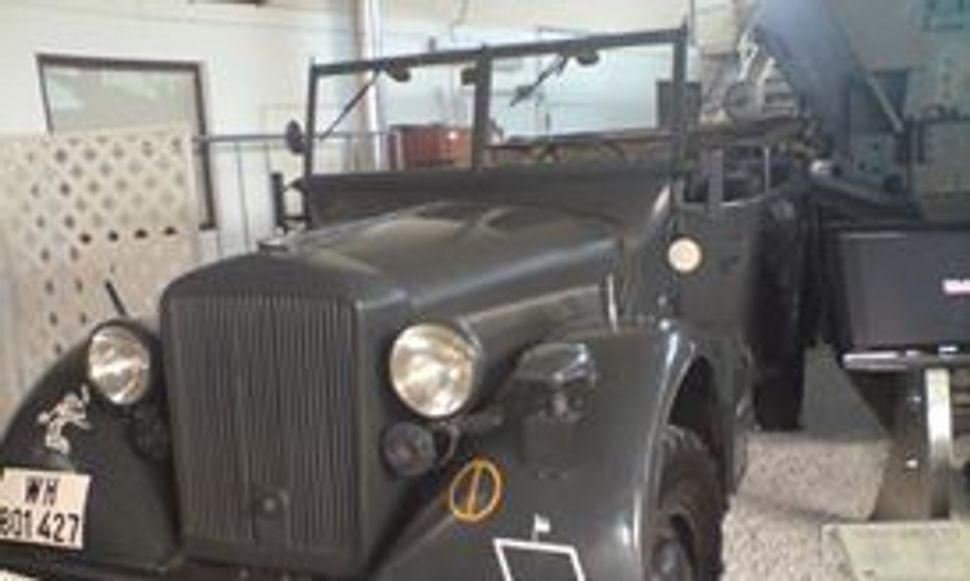 A store specializing in military and historic articles has made headlines in Uruguay for selling a concentration camp prisoner uniform, which included a yellow Star of David.

Though the uniform is the main target of a police investigation launched over the weekend, the store located at a busy commercial center in downtown Montevideo also sells other Nazi-related articles, including copies of Adolf Hitler’s “Mein Kampf.”

“Displaying for sale is not the same thing as displaying at a museum,” Juan Faroppa, president of the National Institute of Human Rights and Defense of the People, who said that the store is being investigated under the racism, xenophobia and discrimination law.

Kamuflados en Kombate, or Camouflaged in Combat, sells some 300 military and historic articles focused on World War I, World War II and other conflicts. Articles used by the U.S., Chinese and German armies also are on display.

The polemic outfit is a replica supplied by an international vendor and remained on display until it was sold to a local customer who requested it for a theater play, said store owner Luis O’Neill.

Uruguay, a small South American nation located between Brazil and Argentina, has a Jewish population of 12,000.