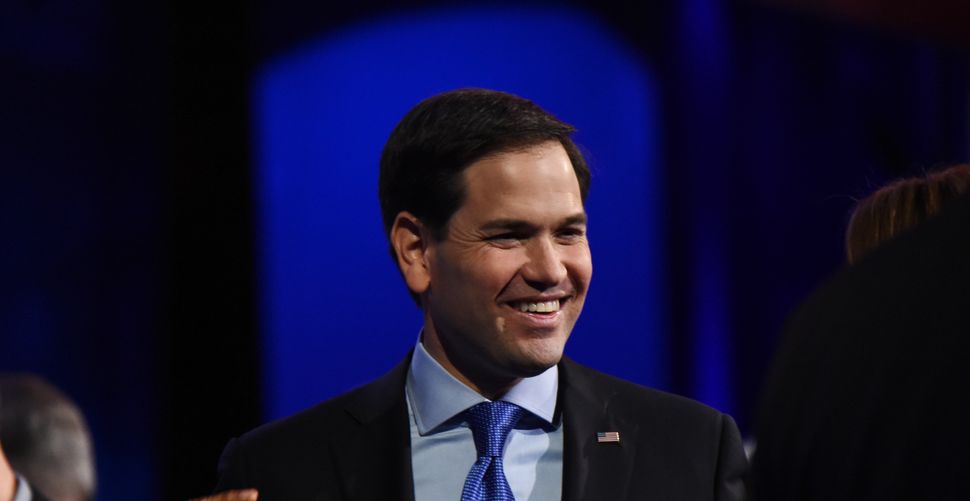 Republican presidential candidate Marco Rubio said his first trip abroad if elected would be to Israel.

At a town hall meeting in Florida on Monday, Rubio was asked what his first foreign trip as president would be, Jewish Insider reported.

“I’ve been to Israel five times. I don’t have plans to visit there,” said Bush, a former Florida governor. “But what I’ve said is that on Day One, I would announce that the U.S. Embassy would move from Tel Aviv to Jerusalem.”

Mitt Romney also promised to visit Israel first while running for the Republican nomination in 2012.

“I will reaffirm as a vital national interest Israel’s existence as a Jewish state,” Romney said at the Republican Jewish Coalition’s Presidential Forum in December 2011, according to Jewish Insider.