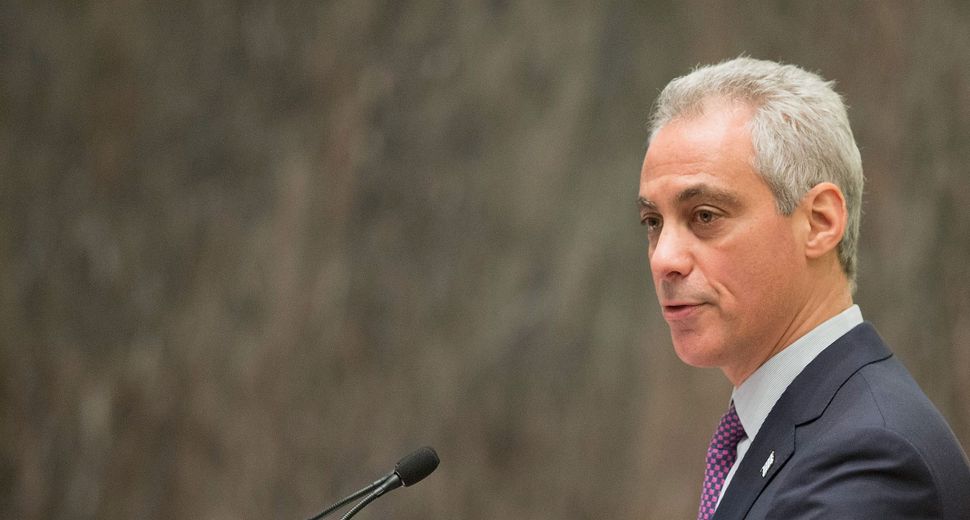 Politicians have a lot of choice words for the media — but embattled Chicago Mayor Rahm Emanuel has a whole new view of the press corps that we’ve, frankly, not heard before.

The other day he mocked fickle reporters as acting like Jewish mothers.

He may, of course, have some experience on the subject: He’s the Windy City’s first-ever Jewish mayor.

Emanuel, who has been under fire for Chicago police relations with the city’s huge black population, lost a vote on the city council to expand the inspector general’s powers. And the aldermen also trimmed a $3.2 billion bond sale plan (to address a monstrous debt) by $600 million.

The rubber stamp council is flexing its muscle, reporters wrote. Some asked: Is Rahm losing control?

“Before you all said that they’re too much of a rubber stamp,” Emanuel told the media wags.

DNAinfo, a , noted that Emanuel has won 89 percent of all council votes.

“Emanuel criticized the question of weakness, and said reporters can’t have it both ways. He then compared them to a Jewish mother who gives her son blue and green sweaters. When the son wears the blue sweater first, she immediately asks, ‘What’s wrong with the green sweater?’”

They all need some matzo ball soup.