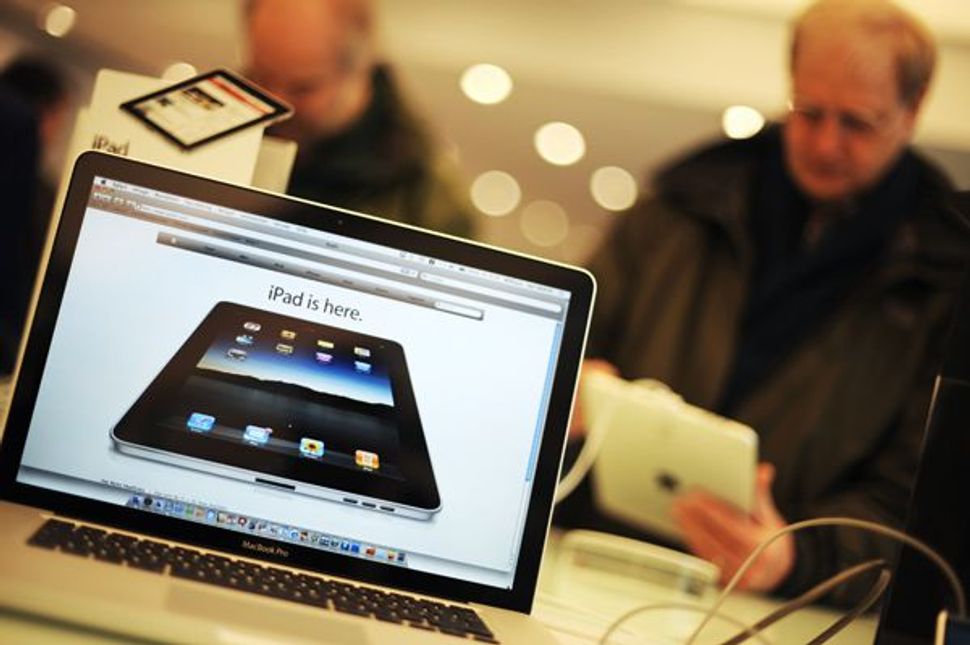 (JTA) — Years of public complaints about the slow-moving Israeli bureaucracy seem to have finally reached someone in charge — maybe they were being sent to the wrong fax number.

On Sunday, Israel’s Cabinet passed a measure that will require all government ministries to allow documents to be submitted by email. The proposal — designed to replace the current system of faxes and desperate dashes to government offices during work hours — was spearheaded by Social Equality Minister Gila Gamliel as part of a “Digital Israel” initiative, which seeks to bring Israeli bureaucracy into the 21st century.

Prime Minister Benjamin Netanyahu applauded the bill on Sunday, hailing it as a simple measure, “but one which will make it much easier for Israeli citizens because from this decision on, citizens will be able to contact government ministries by email and not by fax. The time has come; this is clear.”

Fax, mail and in-person document handoff will still be accepted. But for the first time, Israel will allow its citizens to communicate with the government through the now three-decades-old technological innovation that is email. The initiative also calls for Israelis to be able to submit documents through cellphone apps.

READ: 22 percent poverty, and 5 other revealing facts about Israel’s economy

Announcing the proposal on Sunday, Gamliel said it is “no less than a service revolution and another step that will significantly ease the lives of Israeli citizens, who have until now been required to submit documents to government offices via snail mail or fax, and often to physically appear at the offices during limited hours, to deal with issues that could be solved simply by sending an email from a computer or cellphone.”

While Israel is known for its high-tech industry, the public sector has been slow to adopt the Startup Nation’s zest for innovation. The latest World Economic Forum Global Competitiveness Report, ranked Israel 98th out of 140 countries for the burden of government regulation. The World Bank’s most recent Ease of Doing Business Index rated Israel 53rd out of 189 countries.

The country’s old-fashioned bureaucracy is on display during Israeli elections, which are still conducted with small paper slips that are marked with the Hebrew abbreviation for each party. Voters pick a piece of paper from a table, and then place their chosen slip inside a cardboard box.

The government isn’t the only sector that has fallen off the technological cutting edge. Israeli banks and other private enterprises also rely heavily on fax machines and in-person visits.

According to the Jerusalem Post, Israeli lawmaker Staff Shafir, who proposed a similar bill in the last Knesset, said: “I hope that in the coming months, Israel will enter the new millennium and make it easier for its citizens to receive services in both the private and the public sectors.”