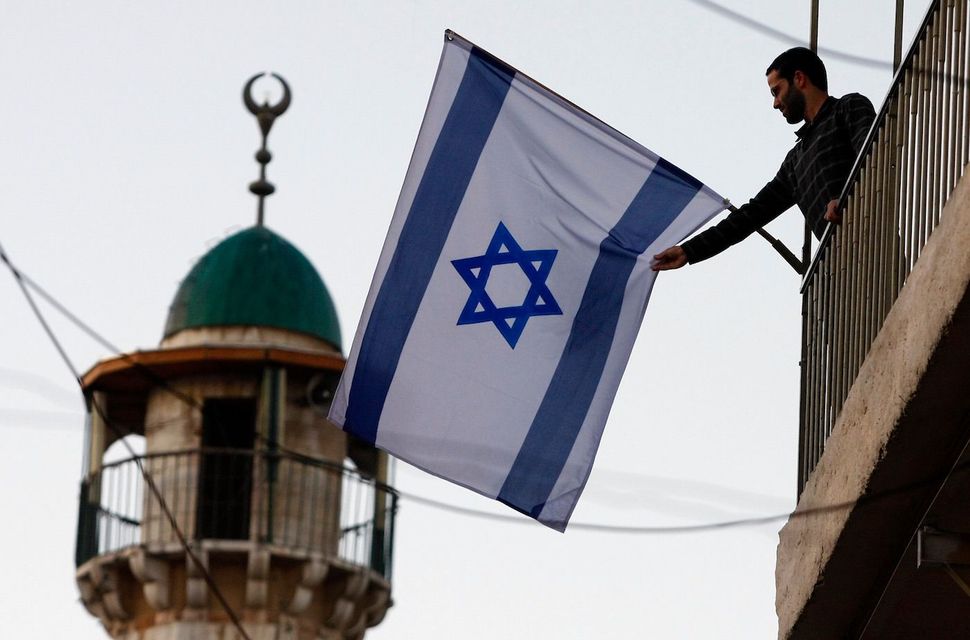 More than one-third of Jewish Israelis see their Arab fellow citizens as “enemies,” and only 20 percent said they consider Arab-Israelis their “equals,” a new poll has found.

The poll was conducted via face-to-face interviews with 600 Israeli Jews by the Institute for National Security Studies, which is holding its annual conference this week. It also found that 44 percent of Jewish Israelis see Arab-Israelis as “people who needed to be respected but also treated with suspicion,” Haaretz reported Tuesday.

The think tank’s poll, which is not yet available on its website, also interviewed 200 Arab citizens of Israel, finding that 70 percent identify as Israeli in some form, whether describing themselves as “Israeli Arab,” Palestinian Israeli” or “Arab with Israeli citizenship.”

Haaretz did not report the poll’s margin of error or the dates when the interviews took place.

Fifty-three percent of Arab-Israelis polled by INSS said they had “good relations with Jews,” while 19 percent said they did not have or were not interested in having contact with Jews. In addition, according to Haaretz, 70 percent said “equality of rights” for Arab-Israelis was their most pressing problem, ranking it above the issue of Palestinian rights.

“Research studies, arrests, testimonies, and overt and covert analyses – many by the INSS – clearly indicate that there is increasing support for the Islamic State among Israeli Arabs, while some are actually joining IS,” Rivlin said in his speech, according to a transcript shared by his office.

While noting that he did not blame the entire Arab-Israeli community, he said Arab-Israeli leaders need to do more to condemn extremism.

“I do not for a moment deny the responsibility of Arab leadership. Their condemnations — which sometimes sound forced, which are too feeble, too hesitant, that are spoken in Hebrew but are then formulated differently in Arabic — indicate, above all else, fear. More serious than this are those voices that blame the ‘occupation’ as the source of all ills, while displaying sympathy and understanding for attacks on innocents.”