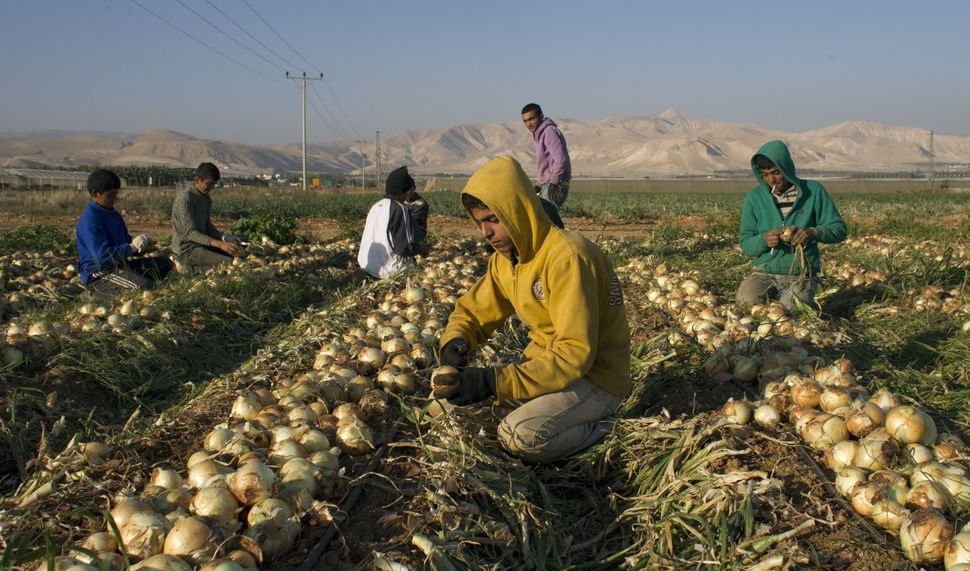 Israel plans to appropriate a large tract of agricultural land in the occupied West Bank, Israel’s Army Radio said on Wednesday, a move that has angered Palestinians and is almost certain to draw international criticism.

The report said the land, covering 380 acres, was in the fertile Jordan Valley close to Jericho, an area where Israel already has many settlement farms built on land Palestinians seek for their own state.

The appropriation, which Army Radio said would be announced shortly but was not immediately confirmed by the Israeli Defence Ministry which administers the West Bank, comes at a time of increased international condemnation of settlement policy.

Hanan Ashrawi, a senior official in the Palestine Liberation Organization, described Israel’s reported move as a violation of international law. She challenged the international community to hold Israel to account.

“Israel is stealing land specially in the Jordan Valley under the pretext it wants to annex it,” she told Reuters. “This should be a reason for a real and effective intervention by the international community to end such a flagrant and grave aggression which kills all chances of peace.”

The report said Israeli Prime Minister Benjamin Netanyahu and Defence Minister Moshe Yaalon had already signed off on the appropriation and that technical details were being finalized ahead of a declaration expected soon.

The land, already partly farmed by Jewish settlers in an area under Israeli civilian and military control, is situated near the northern tip of the Dead Sea.

For years, Israel has drawn intense criticism for its settlement activities. Most countries regard the policy as illegal under international law and a major obstacle to the creation of a viable Palestinian state.

Palestinians want to form an independent state in the West Bank and Gaza Strip, with East Jerusalem as the capital. The last talks between Israel and the Palestinians on a so-called “two-state solution” broke down in April 2014.

“We remain deeply concerned about Israel’s current policy on settlements, including construction, planning, and retroactive legalizations,” he said.

Hagit Ofran, a member of the anti-settlement group Peace Now, said that unlike previous Israeli governments that largely avoided land seizures, Netanyahu has carried out several approprations during his time in office.

“Since 2011, moves of this sort by Netanyahu have only drawn greater international criticism from Israel’s closest allies,” she told Reuters, describing it as a “diplomatic catastrophe.”

In August 2014, soon after Hamas militants kidnapped and killed three Jewish teenagers, Israel appropriated some 400 hectares (988 acres) in the Etzion settlement bloc near Bethlehem, a move Peace Now said was the biggest in 30 years.

Since Oct. 1, when the latest upsurge in violence began, Palestinian stabbings, car-rammings and shootings have killed 25 Israelis and a U.S. citizen. At least 148 Palestinians have been killed, 94 of whom Israel has described as assailants. Most of the others died during violent demonstrations.—Reuters