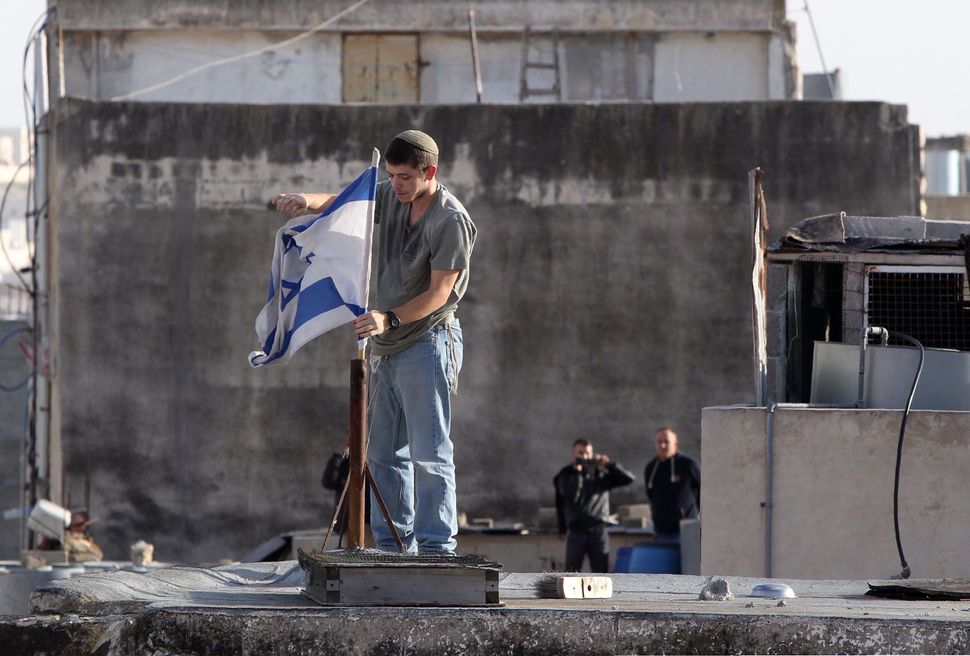 Israeli troops forcibly removed Jewish settlers from homes they said they had purchased from Palestinians in the occupied West Bank city of Hebron on Friday, prompting some right-wing Israeli lawmakers to threaten to withhold support for the government.

Ministers and members of parliament from Prime Minister Benjamin Netanyahu’s Likud party decried Defence Minister Moshe Yaalon’s refusal to sign off on the settlers’ occupation of the homes in Hebron, a city of high tension between Israelis and Palestinians.

The settlers said they had bought the properties legally from Palestinian owners but in order to occupy the apartments they need Defence Ministry approval. Yaalon said the settlers had not complied with the law.

“I have no intention of compromising when the law is broken so egregiously,” he said in a statement. “To take occupancy of the homes, a number of actions are required and none were carried out, which is why the trespassers were evicted.”

Three right-wing lawmakers, two from Likud and another from the ultranationalist Jewish home party, said they would not attend parliamentary votes on Monday in protest at the move.

“It is forbidden to evict Jews from their homes and there will be consequences, we demand the prime minister’s involvement in the matter,” said Ayoub Kara, a Druze Arab Likud lawmaker.

Hebron, a city of about 220,000 Palestinians in the south of the West Bank, has long been a source of tension, fueled by the presence of around 1,000 Jewish settlers who live in the heart of the city protected by Israeli troops.

The city is the location of the Cave of the Patriarchs, a revered Jewish shrine, which sits alongside the Ibrahimi Mosque, worshipped by Muslims as the Sanctuary of Abraham.

Netanyahu’s coalition commands a one-seat majority of 61 in Israel’s 120-seat Knesset, making the opposition of three MPs sensitive. However, even if it suffers a defeat in parliament, the government is not seen as likely to collapse.

The settlers moved into the apartments on Thursday and were evicted on Friday morning. Television footage showed scuffles as the police forced them out. Police said about 80 settlers had been removed without major incident.

Israeli settlements in occupied territory are highly contentious. Deemed illegal by most countries, they are a fundamental issue in the stalled Israeli-Palestinian peace process.

In its latest seizure, Israel confirmed on Thursday it was planning to appropriate a large tract of land in the West Bank, drawing condemnation from the United Nations Secretary General Ban Ki-moon and the United States, Israel’s closest ally.

The Palestinians want to establish an independent state in the West Bank, Gaza and East Jerusalem, areas Israel captured in the 1967 Middle East War. Talks have been frozen since April, 2014.

Since the start of October, Palestinian stabbings, car-rammings and shootings have killed 25 Israelis and a U.S. citizen. In the same period, at least 148 Palestinians have been killed, 94 of whom Israel has described as assailants.—Reuters