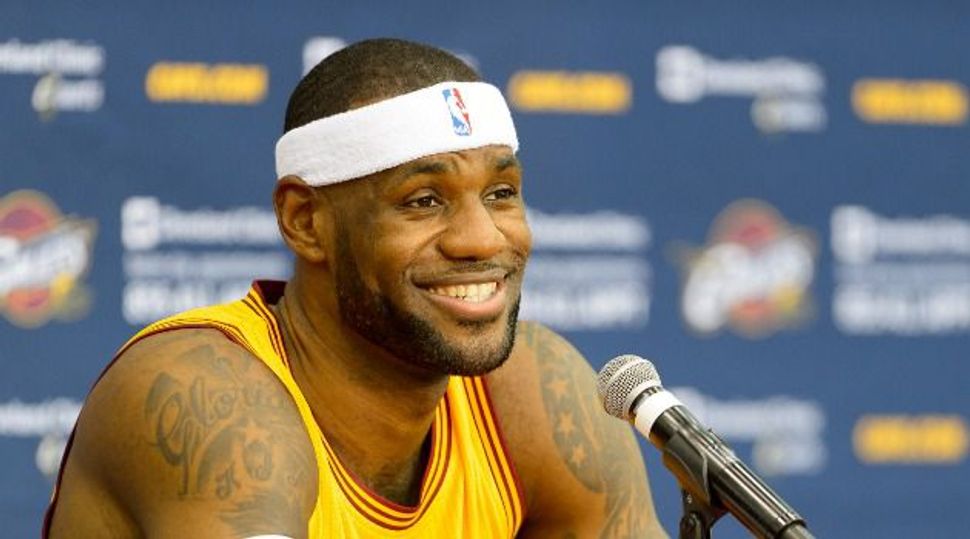 LeBron James says that he was “just as surprised and caught off guard” as his team mates when Cleveland head coach David Blatt was fired on Friday, four days after the Cavaliers had suffered their worst loss of the season.

James, a four-time NBA Most Valuable Player, is the face of the franchise and widely viewed as a key factor in any coaching decisions made by the team.

However, Cavaliers general manager David Griffin made it clear after firing Blatt and replacing him with associate head coach Tyronn Lue that James “doesn’t run this organization,” and James echoed those comments on Saturday.

“I think I was just as surprised and caught off guard as anybody yesterday,” James, 31, told reporters ahead of the team’s game against the Chicago Bulls.

“It’s unfortunate what happened … and the team, we just have to focus on what’s now in front of us … we’ve got to continue to get better.

“I think he (Griffin) was right in everything that he said. Obviously he sees it from the outside and from the inside looking in. He’s around us every day and he felt like, as good as we can be, we weren’t reaching our potential to this point.

“So he made the change that he felt was appropriate for this team. Like it or love it or hate it or whatever, you’ve got to respect it and as professionals we’ve got to be ready for the game.”

Asked about the perception that he had to be involved with decisions about coaching changes, James replied: “That’s not my concern. I found out about it just like every other player on this team at 3:30 yesterday when Griff called us in on our day off and told us that he was making a change.

“For me, I can’t get caught up and worried about what other people are thinking. I’ve stopped that a long time ago in my career…

“The only thing I can worry about is how I can continue to get these guys prepared and get them playing better basketball because we know we can much be better.”

The Eastern Conference-leading Cleveland Cavaliers (30-11) are heavy favorites to represent the Conference again in this year’s NBA Finals but there has been growing criticism over their form against the top teams in the West.

Cleveland have lost only two of their last 11 games but one was to the San Antonio Spurs and the other was a crushing 132-98 loss at the hands of the defending champion Golden State Warriors.