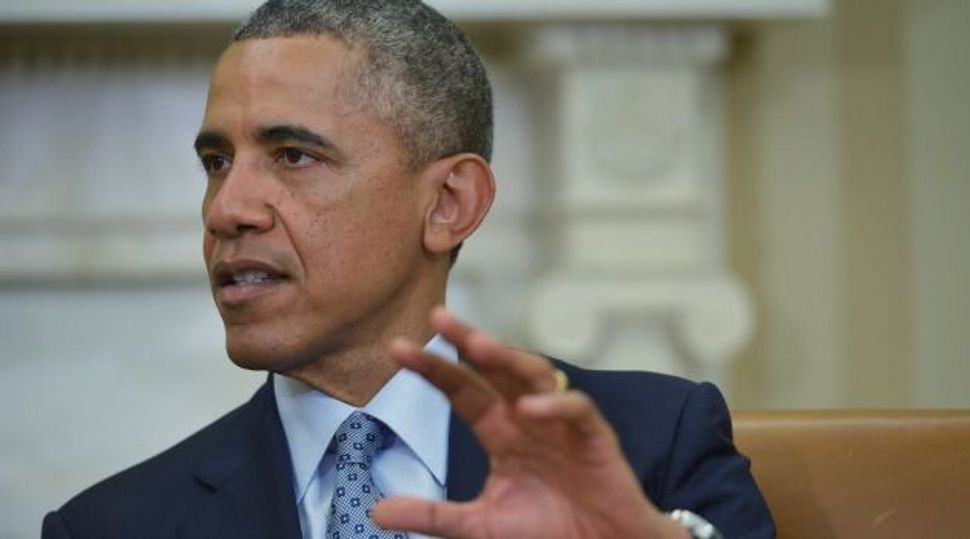 WASHINGTON — President Barack Obama will speak at a ceremony honoring Righteous Among the Nations at the Israeli embassy in Washington, D.C., a sign of warmed ties between Obama and Israel’s government.

Obama’s appearance at the Jan. 27 ceremony, marking International Holocaust Remembrance Day and conducted together with Yad Vashem, Israel’s Holocaust memorial authority, is the latest signal that the Obama administration and the government of Israeli Prime Minister Benjamin Netanyahu are putting behind them tensions created by the Iran nuclear deal.

An official ceremony for Righteous Among the Nations has never before been held in the U.S.

“It is a great privilege to recognize, on behalf of the Jewish state, the heroism of those to whom the Jewish people owe the highest debt of gratitude,” Israeli ambassador Ron Dermer said in a statement. “I also deeply appreciate President Obama’s acceptance of our invitation to speak at this historic event. It will be a worthy tribute to the worthiest among us.”

Ties between the U.S. and Israeli governments were frayed during the months leading to the finalization of the sanctions relief for nuclear rollback deal between Iran and six major powers, which Netanyahu vigorously opposed.

The deal went through late last year and was formally launched last week. In recent months, the sides have made an effort to show that while they still disagree on the deal, they are back to working closely together. Netanyahu and Obama had a friendly summit in November in Washington.

Netanyahu met this week at the World Economic Forum in Davos, Switzerland, with Secretary of State John Kerry, the Iran deal’s lead champion, and Vice President Joe Biden. All parties said the meetings were productive. Bilateral negotiations to continue and to expand the U.S. defense assistance package to Israel have intensified in recent weeks.

“I think he recognized that the fight’s over and we can move on,” Kerry told the media this week after meeting with Netanyahu.

Dermer’s invitation and Obama’s acceptance is notable in itself. The ambassador was deeply involved in making the case in Congress against the Iran deal, and reports have circulated that some administration officials prefer not to deal with him. Netanyahu has stood by his envoy, and a number of Democrats in Congress, including backers of the deal, have praised him for striving to maintain good relations with the caucus despite differences over the deal.

The ceremony will recognize Roddie Edmonds, an army sergeant who while being held captive in a German prisoner of war camp, refused orders from a German commander to identify Jewish POWs under his command; Lois Gunden, an American teacher in France who made the children’s home she ran a safe haven for Jewish children, and Walery and Maryla Zbijewski, a Polish couple who cared for a Jewish girl who had managed to flee with her mother from the Warsaw Ghetto.