U.S. Envoy Sorry Only for ‘Timing’ of Israel Criticism 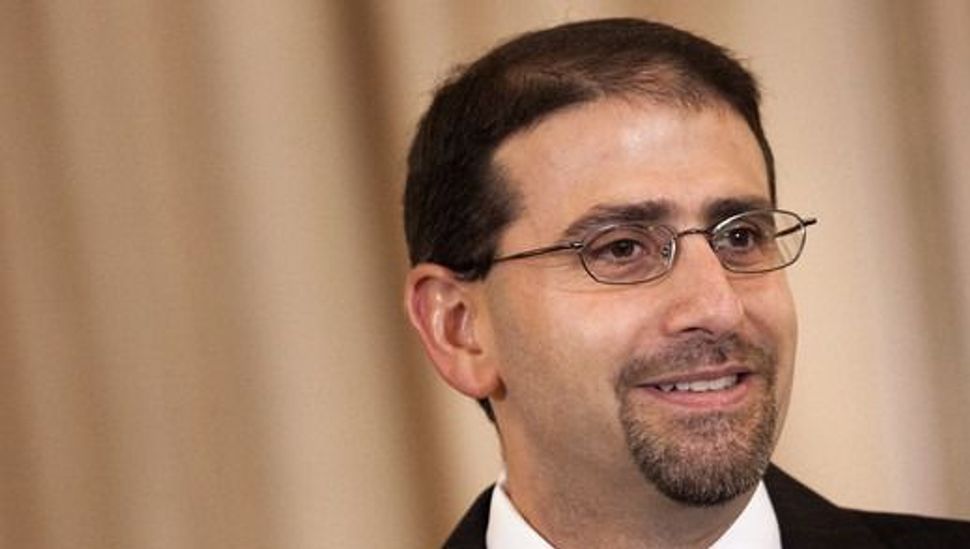 JERUSALEM — U.S. Ambassador to Israel Dan Shapiro says he regrets the timing of his criticisms of Israel’s policies in the West Bank.

Shapiro in a speech at a Tel Aviv conference organized by the Institute for National Security Studies on Jan. 18, said that “at times it seems Israel has two standards of adherence to rule of law in the West Bank — one for Jews and one for Palestinians.” He also said: “Too much Israeli vigilantism in the West Bank goes on unchecked.”

His comments came the same day as the funeral of Dafna Meir, who was stabbed to death by a teenage Palestinian assailant in her West Bank home the day before. Her funeral was attended by hundreds, including several government ministers.

“I understand the timing was not ideal,” Shapiro told Army Radio on Monday morning, a week after the remarks that raised the ire of the Israeli government and its supporters. “I began with condemnations of the terror attacks in Otniel and Tekoa. There were only one or two controversial sentences, and if it hurt the Meir family or those mourning her, of course I regret that.”

Shapiro also told Army Radio that the current lack of communication between Israel and the Palestinians is bringing the region closer to a binational state.

He told both Army Radio and Israel Radio, also in an interview on Monday morning, that with each settlement expansion or Palestinian attack on an Israeli civilian the prospect of a two-state solution is getting more distant.

“The words of the ambassador, on a day in which a murdered mother of six is buried and on a day in which a pregnant woman is stabbed — are unacceptable and incorrect,” the statement said. “Israel enforces the law for Israelis and Palestinians. The Palestinian Authority is the one responsible for the diplomatic freeze, and continues to incite and refuse talks.”

U.S. Envoy Sorry Only for ‘Timing’ of Israel Criticism