Bernie Sanders Has ‘Luxury’ of Being Longshot — or So Says Obama 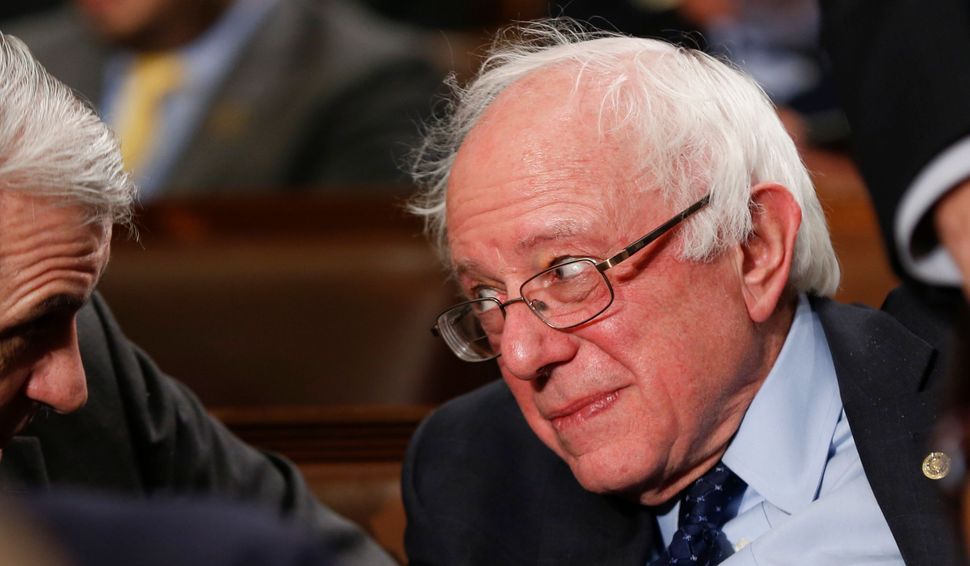 Bernie Sanders has had the “luxury of being a complete long shot” so far in the race to be the Democratic presidential candidate, President Barack Obama said in an interview published by Politico on Monday.

Obama said both Sanders and Hillary Clinton, his former Secretary of State, share similar views on core issues like income inequality, but said Clinton faces the disadvantage of being well-known “in a culture in which new is always better.”

“I think Bernie came in with the luxury of being a complete long shot and just letting loose,” Obama told the political news website. “I think Hillary came in with the both privilege and burden of being perceived as the front-runner.”

Obama, who won the Democratic nomination over Clinton in 2008, lauded her experience, saying it will help her govern if she wins but described her campaign as “cautious.”

“Her strengths, which are the fact that she’s extraordinarily experienced, and, you know, wicked smart and knows every policy inside and out, sometimes could make her more cautious and her campaign more prose than poetry,” he said.

The interview was the first time Obama discussed in detail the Democratic race and comes just ahead of the first contests to pick a nominee for the November election: Iowa, on Feb. 1, and New Hampshire, on Feb. 9.

He did not explicitly endorse a candidate, and mentioned only once in passing former Maryland Governor Martin O’Malley, who trails in polls.

Sanders has surged in recent polls in Iowa and leads Clinton in New Hampshire. Still, Clinton holds the edge nationally, with nearly 56 percent support to Sanders’ 36 percent in the most recent Reuters/Ipsos polling.

Still Obama, asked whether Sanders reminded him of himself, told Politico: “I don’t think that’s true.”

Sanders’ campaign manager Jeff Weaver on Monday also rejected the idea that Sanders is a repeat of Obama, although he pointed to similarities in their campaigns’ momentum and the large crowds their rallies have attracted.

Obama said if Sanders wins Iowa or New Hampshire, he will face the intense scrutiny the media has long given Clinton, subjecting him and his policies “to a rigor that hasn’t happened yet.”

Obama also said Sanders would need to broaden his message to continue to succeed.

“I will say that the longer you go in the process, the more you’re going to have to pass a series of hurdles that the voters are going to put in front of you, because the one thing everybody understands is that this job right here, you don’t have the luxury of just focusing on one thing,” he said.

Bernie Sanders Has ‘Luxury’ of Being Longshot — or So Says Obama