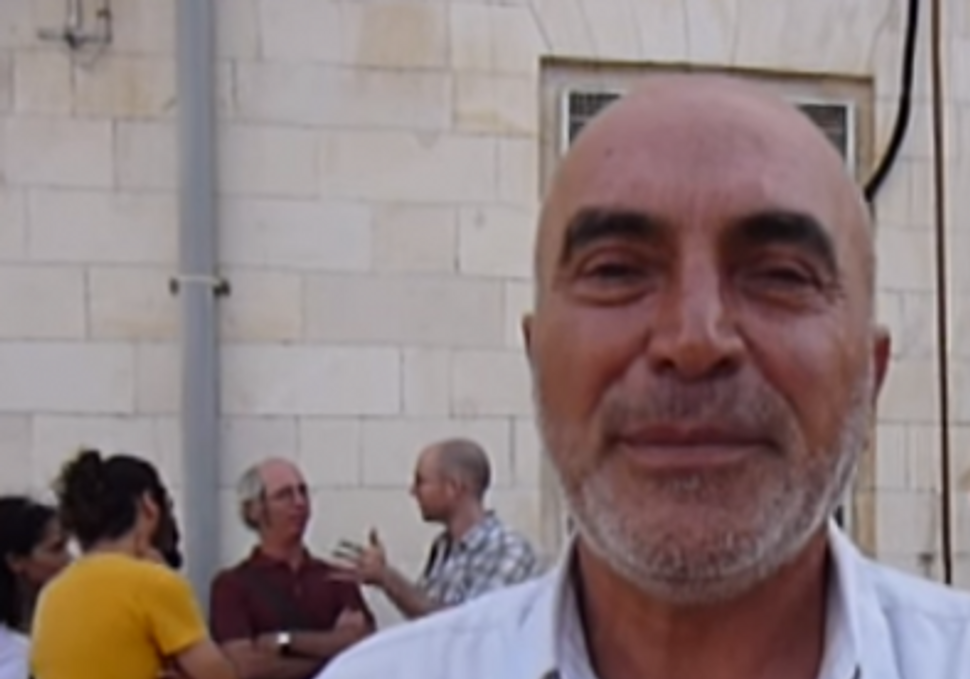 A left-wing Jewish-Israeli activist who was recorded saying he helps Palestinian authorities find and kill Palestinians who sell land to Jews was released from jail and put on house arrest.

The Jerusalem Magistrate’s Court ordered the release of Ezra Nawi on Sunday, two weeks after he was arrested as he attempted to board a plane to Europe.

Police had reportedly asked for an extension of six days, saying that Nawi was not cooperating with its investigation.

Left-wing Israeli activist Guy Batavia also was released, as was Human Rights NGO B’Tselem field worker Nasser Nawaj’ah, a Palestinian, who was also arrested in connection with the investigation.

In a recording aired Jan. 8 by the investigative news television program “Uvda” on Israel’s Channel 2, Nawi is heard speaking about four Palestinian real-estate sellers whom he said mistook him for a Jew interested in buying their property.

In the Palestinian Authority, the penal code reserves capital punishment for anyone convicted of selling land to Jews. The law, which Palestinian officials defended as designed to prevent takeovers by settlers, has not been implemented in Palestinian courts, where sellers of land to Jews are usually sentenced to several years in prison. However, in recent years several Palestinian have been murdered for selling land. Their murders have remained unsolved.

Nawi was also documented obtaining information from a Palestinian who believed Nawi was a Jew interested in purchasing land. Nawi is seen saying he intends to give the information to Palestinian security officials as well. According to “Uvda,” an activist with the human rights group B’Tselem helped Nawi set up the would-be seller in a sting operation in which the seller would be arrested.