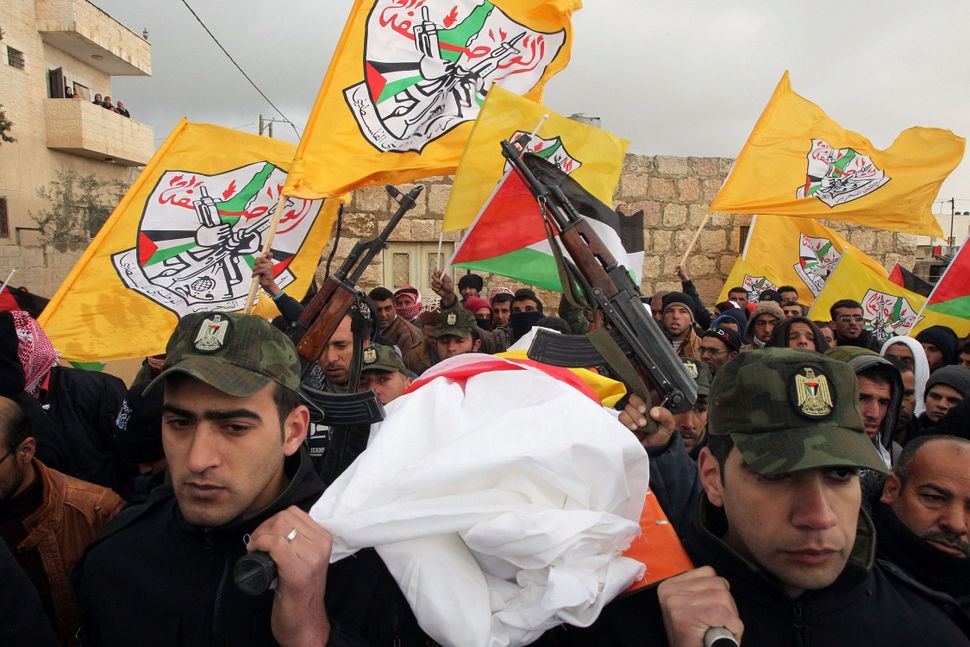 JERUSALEM — Two Palestinians were shot dead after stabbing two Israeli women on Monday in the West Bank, police said, in an emerging pattern of assaults inside Jewish settlements in the occupied territory.

One of the women was in critical condition and the other sustained moderate wounds after the attack in Beit Horon, a settlement on a highway that links Jerusalem and coastal Tel Aviv and cuts through the foothills of the West Bank.

“The two terrorists were killed by security forces,” police spokesman Micky Rosenfeld said, adding that two explosive devices were found at the scene.

It was the latest incident in an almost four-month long surge of violence that has raised concern of wider escalation, a decade after the last Palestinian uprising subsided. It followed three stabbings last week inside settlements carried out by Palestinian teenagers, according to Israeli authorities.

Many of the attacks on Israelis at the start of the bloodshed occurred in Jerusalem and other cities. But much of the violence has shifted to the West Bank, where settlers live adjacent to Palestinian population centers.

On Saturday, a 13-year-old Palestinian girl, who according to an Israeli policewoman “had fought with her family and left home with a knife and intended to die,” tried to stab a security guard at a West Bank settlement and was then shot dead by him.

Since the start of October, Israeli forces have killed at least 151 Palestinians, 97 of them assailants according to authorities. Most the others have died in violent protests. Almost daily stabbings, shootings and car-ramming attacks by Palestinians have killed 25 Israelis and a U.S. citizen.

Many of the Palestinian assailants have been teenagers. The identities and ages of the alleged attackers on Monday were not immediately released.

The bloodshed has been fueled by various factors including frustration over the 2014 collapse of Israeli-Palestinian peace talks and the growth of Jewish settlements on land Palestinians seek for an independent state.

Palestinian leaders have said that with no breakthrough on the horizon, desperate youngsters see no future ahead. Israel says young Palestinians are being incited to violence by their leaders and Islamist groups that call for Israel’s destruction. — Reuters