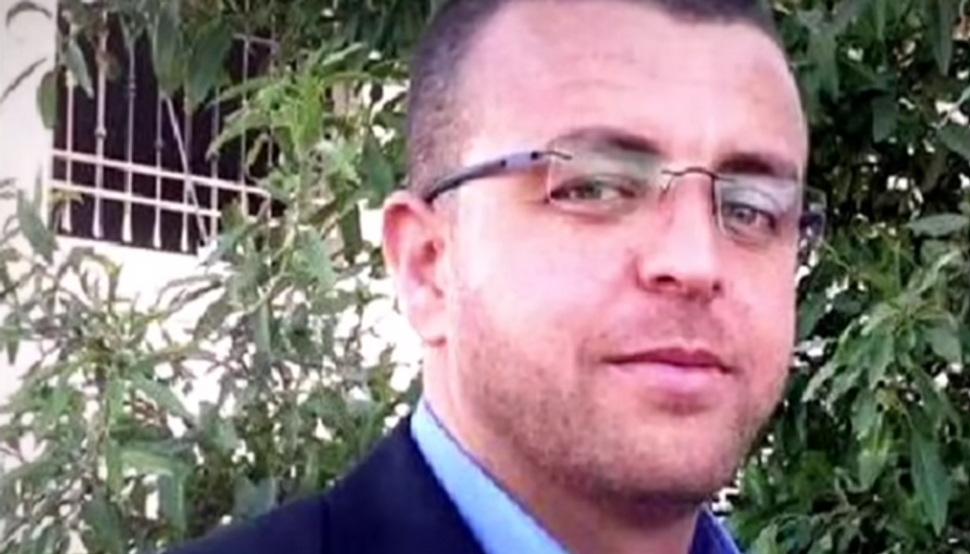 JERUSALEM — A Palestinian journalist who has been on a hunger strike in an Israeli jail for two months is near death, his attorney said.

Muhammad al-Qiq is unconscious, on the verge of organ failure and could die at any minute, his attorney from the Palestinian Authority told the Palestinian Maan news agency.

Al-Qiq, 33, has been on a hunger strike for 61 days in protest of being held by Israel in administrative detention since Nov. 24. He says he was tortured during interrogation, according to reports.

Under administrative detention, a prisoner can be held for six months without being charged or tried. The order can be renewed indefinitely.

“Israel has to be aware that it will pay a heavy toll if Muhammad dies in custody,” Issa Qaraqe, head of the Palestinian Authority’s commission of detainees and ex-detainee affairs, told Maan.

Qiq reportedly is accused of incitement and working with media associated with Hamas. He has been hospitalized at HaEmek Hospital in Afula for the last month.

Physicians for Human Rights Israel has accused the hospital of pressuring Qiq to end his hunger strike and treating him without permission, including forcing him to take nutrition intravenously.

An Israeli law passed in July allows the force-feeding of prisoners, though it has yet to be invoked.

Qiq has been jailed by Israel before, including a month in 2003 and 13 months in 2004, AFP reported. In 2008, he was sentenced to 16 months on charges linked to his activities on the student council at the West Bank’s Birzeit University, according to AFP.