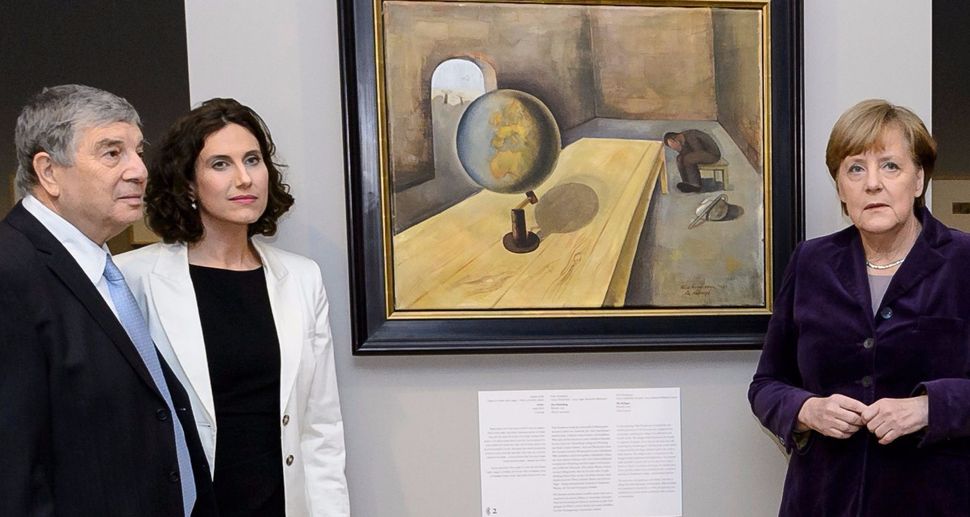 The “Art from the Holocaust” show features 100 works from Yad Vashem, Israel’s official Holocaust memorial center, which were created by Jewish inmates at concentration camps, labor camps and ghettos during the Nazi time.

Of the 50 artists featured in the exhibition, 24 were killed by the Nazis.

“The million of individual stories during the Shoah remain deeply rooted in our national conscience,” Merkel said at the opening of the show at the German Historical Museum, referring to the Hebrew word for the Holocaust.

An influx of 1.1 million asylum seekers to Germany last year, many fleeing war and poverty in the Middle East, has raised fears among the country’s Jewish community that anti-Semitism could rise.

Merkel said in her weekly podcast on Saturday that these concerns were to be taken seriously and said it was important to educate young people, especially those from countries where hatred towards Jews is widespread, in order to combat anti-Semitism.

Marian Tusk, who spent time in the Auschwitz and Buchenwald camps and survived two death marches, told Reuters he appreciated Germany’s efforts to deal with its past.

“What most interests me is to what extent pieces of art could be also historic eye witnesses,” said 87-year-old Tusk, who was one of just four members of his extended family of 40 to survive the Holocaust, in which 6 million Jews were killed.

Christoph Heubner, executive president of the international Auschwitz committee, called Yad Vashem’s decision to host the exhibition in Germany of all places a “very symbolic move.”

“After all, it was in Berlin where all these crimes were planned and prepared and displaying the artwork in Germany’s historic museum shows that they are an immediate part of German history,” Heubner told Reuters by telephone. (Reporting by Tina Bellon; Editing by Caroline Copley and Alison Williams)****