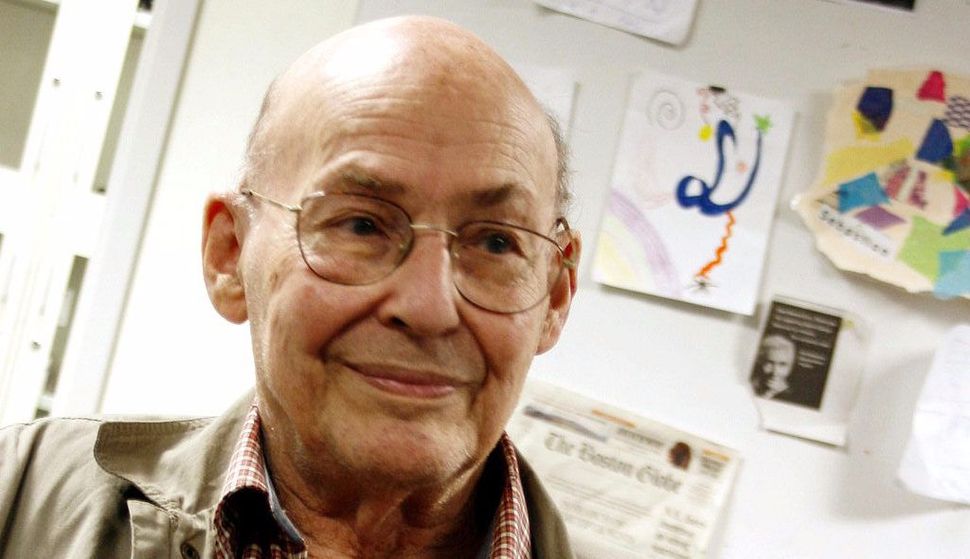 Marvin Minsky, the artificial intelligence pioneer who helped make machines think, leading to computers that understand spoken commands and beat grandmasters at chess, has died at the age of 88, the Massachusetts Institute of Technology said.

Minsky, who died on Sunday, suffered a cerebral hemorrhage, the school said.

Minsky had “a monster brain,” MIT colleague Patrick Winston, a professor of artificial intelligence and computer science, said in a 2012 interview. He could be intimidating without meaning to be because he was “such a genius,” Winston said.

Minsky’s greatest contribution to computers and artificial intelligence was the notion that neither human nor machine intelligence is a single process. Instead, he argued, intelligence arises from the interaction of numerous processes in a “society of mind” – a phrase Minsky used for the title of his 1985 book.

“Marvin basically figured out that thinking isn’t a thing but an embarrassing mess of dumb things that work together, as in a society,” said Danny Hillis, a former Minsky student and now co-chairman of the Applied Minds technology company.

Minsky’s insight led to the development of smart machines packed with individual modules that give them specific capabilities, such as computers that play grandmaster-level chess, robots that build cars, programs that analyze DNA and software that creates lifelike dinosaurs, explosions and extraterrestrial worlds for movies.

Artificial intelligence is also essential to almost every computer function, from web search to video games, and tasks such as filtering spam email, focusing cameras, translating documents and giving voice commands to smartphones.

Minsky was co-founder in 1959 of the now-legendary Artificial Intelligence Group at MIT. He also built the first computer capable of learning through connections that mimic human neurons.

Minsky lent his expertise to one of culture’s most notorious thinking machines – the HAL 9000 computer from the book and film “2001: A Space Odyssey” that turned against its astronaut masters. Minsky served as an adviser for the movie, which he called “the most awesome film I’d ever seen.”

Minsky, who was born in New York City in 1927, was drawn to science and engineering as a child, enthralled by the works of Jules Verne and H.G. Wells.

He also composed music in the style of Bach – an interest he pursued into his later years.

Minsky graduated from Harvard in 1950 with a degree in mathematics and in 1954 earned a Ph.D. in math from Princeton University.