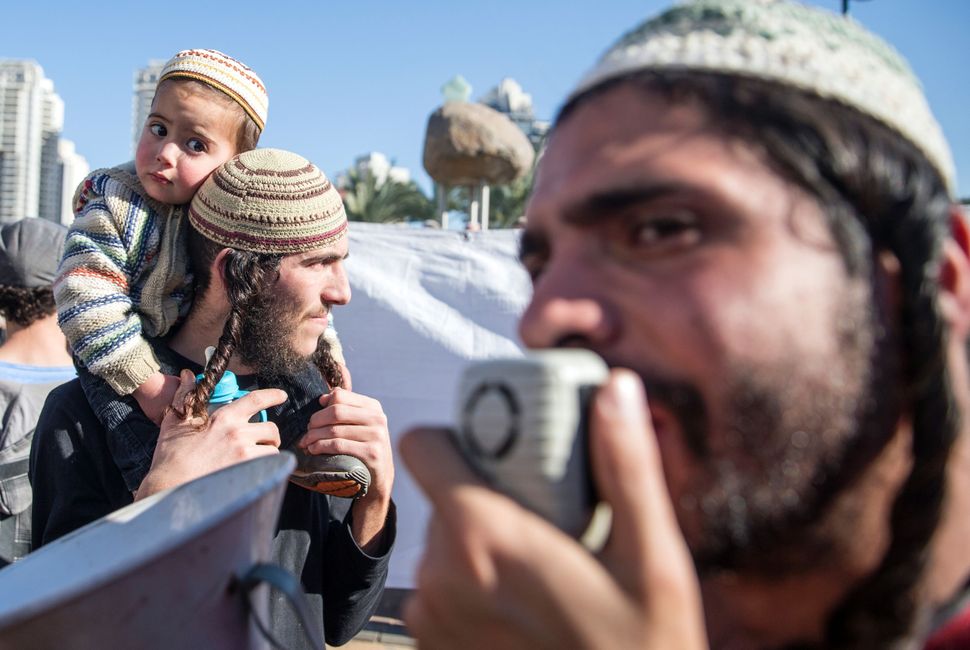 Eight days after alleged Jewish terrorist Meir Ettinger launched a hunger strike to protest his administrative detention, a second detainee reportedly has started his own strike.

Eviatar Slonim, a dual citizen of Australia and Israel who was arrested in August, joined Ettinger in the hunger strike, according to the Times of Israel. Slonim has been held without charges since his arrest for alleged “extremist activity.”

Both Slonim and Ettinger, the grandson of the late far-right activist Meir Kahane, are under administrative detention, which is more commonly used for Palestinian prisoners. One can be held for six months without being charged or tried, and the order can be renewed indefinitely.

Ettinger, who reportedly was transferred recently to solitary confinement, was arrested for “involvement in violent activities and terrorist attacks that occurred recently, and his role as part of a Jewish terrorist group,” according to Israeli authorities.

His arrest was linked to the firebombing of a home in the West Bank Palestinian village of Duma that left an infant and his parents dead. Three people, including two minors, have been charged in connection with the attack.

Shin Bet officials have said Ettinger heads a movement that also was responsible for the June arson of the historic Church of the Multiplication of the Loaves and Fishes, and seeks to bring down the government and replace it with a Jewish theocracy.

On Sunday, Ettinger’s grandmother Libby Kahane, the widow of Meir Kahane, submitted a letter to The Jerusalem Post expressing concern about her grandson’s health and denying he had committed any crime.

“If there were any evidence that my grandson Meir committed a crime, he should be put on trial on in open court,” she said, according to the Post, recalling that her “late husband was jailed under those same despicable administrative detention orders in May 1980.”

“My grandson has not been tried in court because he has not committed any crime. What he has done is not considered a crime in any democratic country. He expressed unpopular views in a blog he wrote on the Hebrew website ‘Hakol Hayehudi.’ Simply put, the powers-that-be don’t like the way he thinks.

“Is Israel turning into a totalitarian state?” she asked. “What is happening to our beloved Israel, the only democracy in the Middle East?”