‘Birthright for Moms’ Urges Return to Israel for ‘End of Days’ 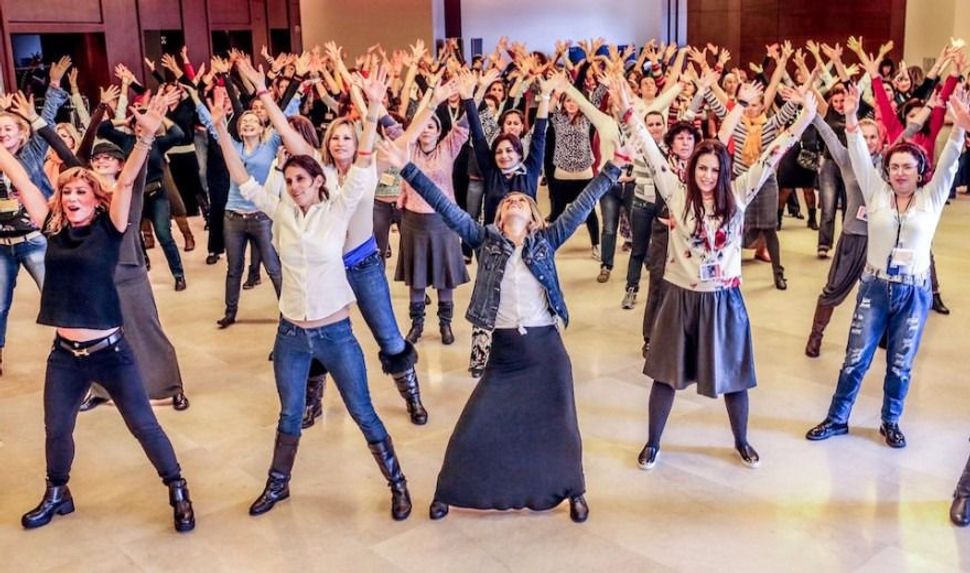 The founder of group that claims to have taken 7,300 Jewish mothers on subsidized tours of Israel has posted a video that references the end of days and urges Jews to move to Israel for safety reasons.

Lori Palatnik, founder and director of the Jewish Women’s Renaissance Project, which runs trips that some have nicknamed “Birthright for Moms” in a reference to the free Birthright Israel trips for young people, says in the video that Israel is the safest place for Jews to live.

In the video, which was posted last week, Palatnik says that after the 9/11 terror attacks, she began reading “the scary Prophets talking about the End of Days, that everything is going to come down and all the Jews are going to move to Israel.” She says she asked a “very great rabbi,” whom she does not identify, how to know when it’s time for Jews to move to Israel.

“He said, ‘When they start killing Jews in the streets, that’s when it’s time to get out.’ Unfortunately that’s what’s going on now,” Palatnik says. “France. New York. People are being assaulted and even killed simply because they’re Jews.”

Palatnik, who according to her group’s website lives in the Washington, D.C., area, says she is “working on” moving to Israel “very soon,” and that already some of her children live there.

“I hope this is not too apocalyptic to you but history is unfolding before our eyes and we can’t turn away,” she concludes.

Palatnik’s group’s trips, operated in partnership with numerous other Jewish organizations, including the Orthodox outreach group Aish Hatorah and various Jewish federations, are open only to women who are not traditional Sabbath observers.

‘Birthright for Moms’ Urges Return to Israel for ‘End of Days’