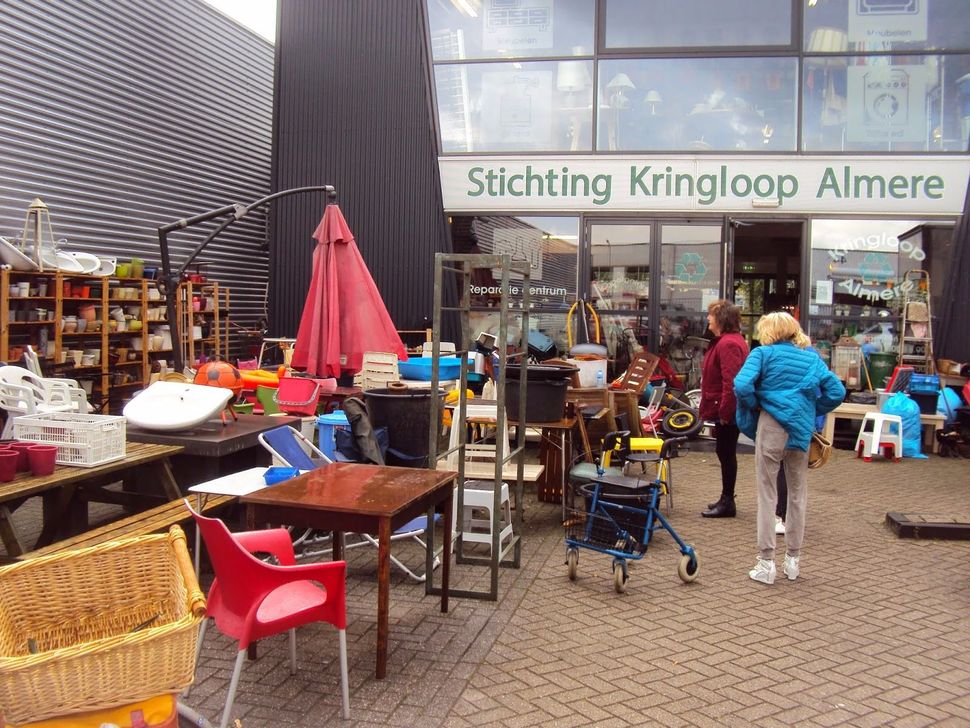 Using social media, a thrift store near the Dutch capital succeeded in returning the 1942 wedding book of a Jewish couple who perished in Auschwitz to the couple’s family.

The Kringloper Almere shop on Monday appealed to Facebook users to help locate the owners of a notebook that celebrated the union on May 31, 1942, of Flora and Louis in the presence of at least 10 witnesses, who signed the booklet.

The item, which is decorated with one Star of David drawn in blue ink, came into Kringloper’s possession earlier this month, in one of the boxes that management regularly buys or collects. “It has little financial value but could have enormous emotional one, so we decided to try and find the owners if they were still alive or their descendants,” Bob Baars, who works at the Kringloper, told Omroep Flevoland, a local broadcaster.

Read by at least 160,000 people, the shop’s Facebook post, which carried pictures of the wedding book, led to the discovery that the couple was deported four months after the wedding to the Westerbork concentration camps in the east of the Netherlands and from there to Auschwitz-Birkenau in Poland. They were murdered in that camp’s gas chambers in September.

On Monday, two days before International Holocaust Remembrance Day, a niece of the groom contacted the Kringloper shop. The staff gave her the book.

“I think Flora and Louis perhaps knew what fate awaited them when they married,” Baars said during an interview for HVNL radio. “And so perhaps they married in an act of desperation, as though to say – if we go, we will go together.”