Fears Mount for Jews in Germany With Flood of Muslim Refugees 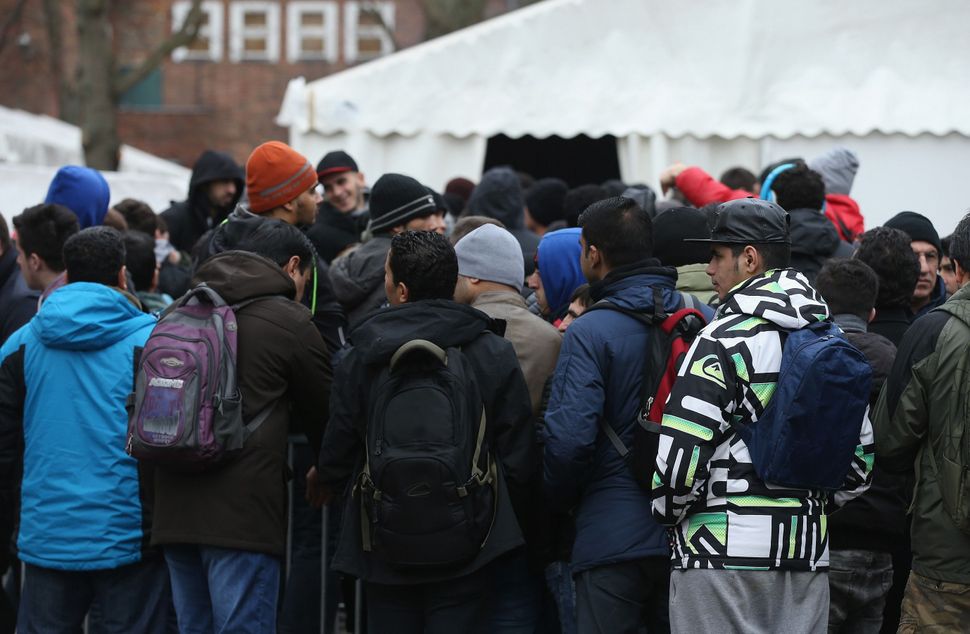 MUNICH – Amid fears that Muslim refugees’ arrival to Germany may cause problems for local Jews, the American Jewish Committee in Berlin called for a national summit on ways to combat anti-democratic values among the newcomers.

“It is five minutes before midnight, but not yet too late,” said AJC Berlin director Deidre Berger in statement published Thursday by AJC, in which is calling for holding national summit on strict educational priorities for refugees.

Approximately 1 million migrants entered Germany in 2015; more than half have asked for asylum. A majority come from Syria and other Muslim countries. Watchdog groups in France and the Netherlands said immigrants who arrived from the 1950s onward and their descendants are responsible for most violent anti-Semitic incidents today, as well as increases in attacks.

Berger’s words echo the concerns of Josef Schuster, head of the Central Council of Jews in Germany, who has asked for reassurances that Chancellor Angela Merkel would take Jewish concerns seriously.

Leaders of Jewish communities in Hungary, Austria, the Netherlands and Belgium, among other places, expressed similar concerns while insisting — as has Schuster — they favored magnanimous treatment of refugees.

In Germany, the recent release of a video documenting an Israeli religious Jew’s visit to a refugee camp has drawn considerable attention within the Jewish community and beyond to this issue.

Yonathan Shay, an intern at AJC in Berlin, filmed for the website of the Die Welt newspaper his visit to the center, documenting several drawings graffiti of anti-Jewish and Nazi symbols drawn together — possibly by residents.

“It’s very important for people who didn’t grow up in a democracy to forget what they’ve learned,” he said.

Shay faulted Germany for trying to atone for the Holocaust by “accepting all the refugees of the world,” adding that, “Jews will be put in danger if there are so many refugees here” who hate them.

Some activists helping refugees, including Israelis and other Jews living in Berlin, criticized Shay’s reportage as designed to provoke, but he said the criticism was because they preferred not to be confronted by his findings.

Fears Mount for Jews in Germany With Flood of Muslim Refugees