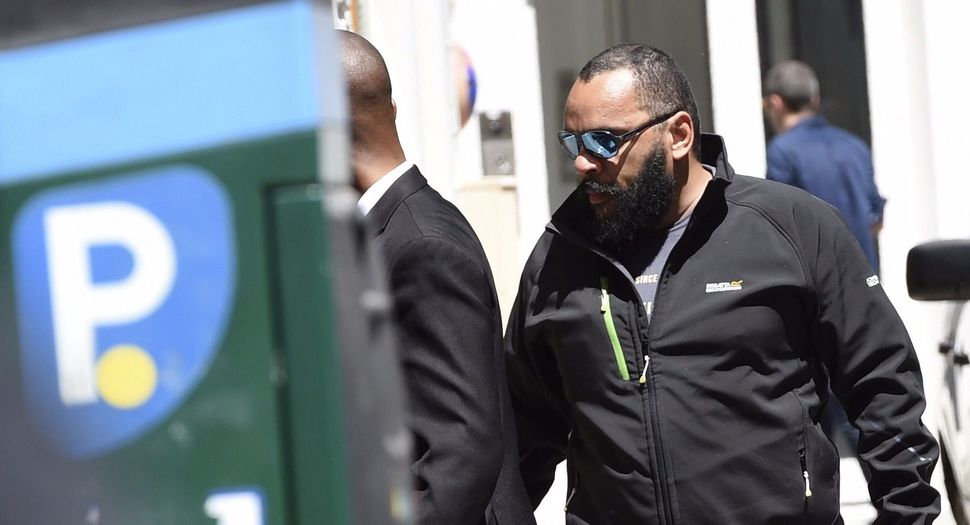 The French comedian Dieudonne M’bala M’bala was detained as he tried to enter Hong Kong.

Dieudonne was detained Thursday, Variety reported, and his two stand up shows scheduled for Hong Kong were cancelled. His two sons, one a minor, were detained with him.

Dieudonne posted photos of the incident on his official Facebook page.

In a later post he said he had been detained for 15 hours and blamed it on “pressure by Israel.”

He reportedly was expelled from the country early Friday morning and returned to Paris via Thailand.

Dieudonne has been convicted seven times in France for inciting racial hatred against Jews. In November he was sentenced by a Belgian court to two months in jail for racist and anti-Semitic comments made by the French comedian during a show there.

The comic is the promoter of the quenelle quasi-Nazi salute and the term shoananas — a mash-up of the Hebrew word for Holocaust and the French one for pineapple — which he uses to suggest the Holocaust never happened without openly violating French laws forbidding such denials.