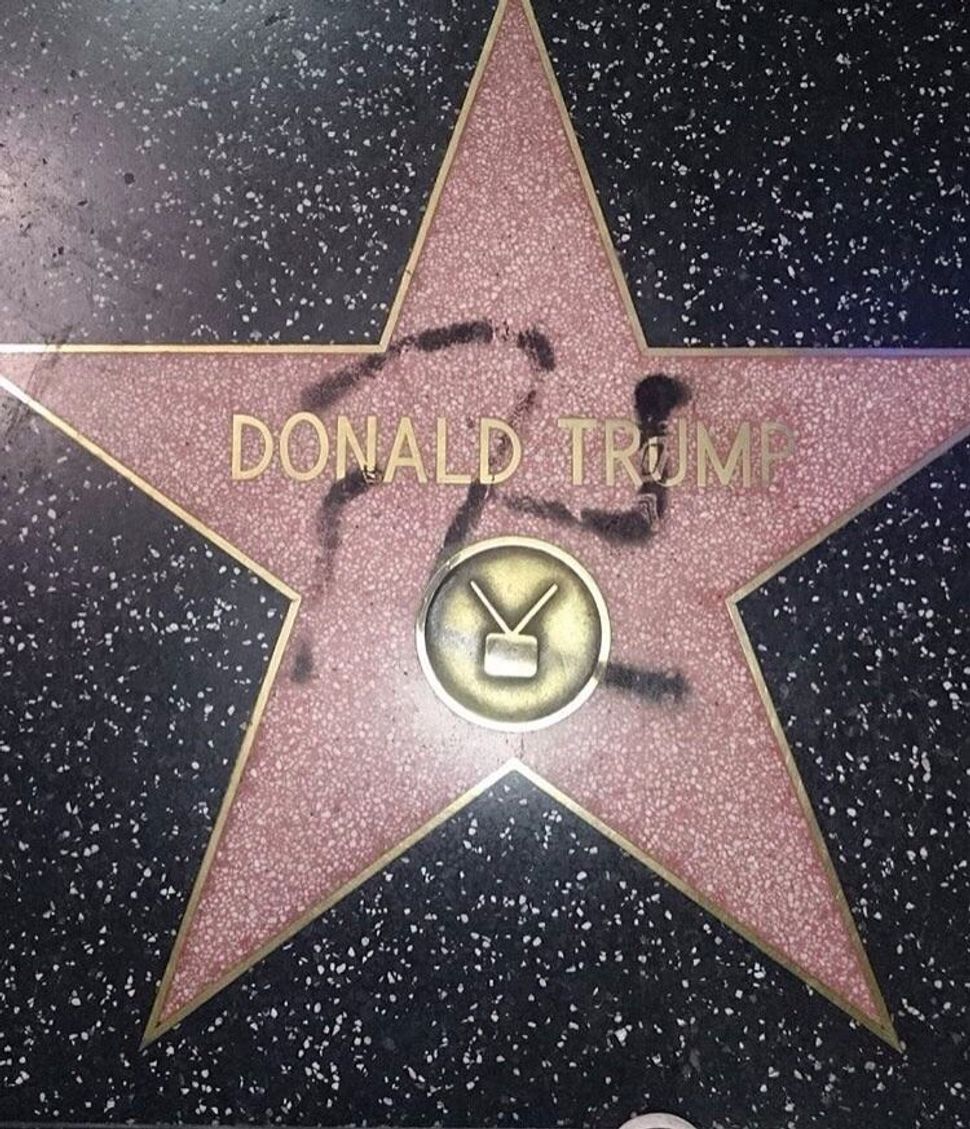 Donald Trump’s star on the Hollywood Walk of Fame (yes, he has a star), has been defaced with a swastika.

A posted a photo of the defaced star on a thread on Friday. The star was clean by Saturday morning.

The Wrap reports that an actor who dresses up as Batman on Hollywood Boulevard confirmed the defacing. He said he often sees people stomping and pretending to defecate on the star.

“I’ve never seen this kind of hate put on a star before, not even Bill Cosby,” he told The Wrap.