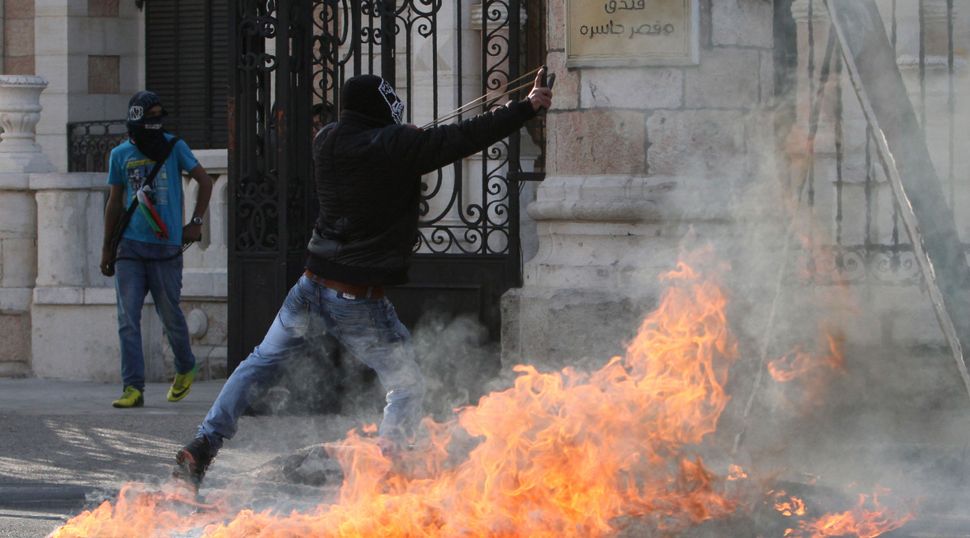 Israeli soldiers shot and killed a Palestinian 17-year-old in the occupied West Bank on Friday, hospital officials said, and the Israeli military said he had been about to throw a petrol bomb.

More than four months of intensified violence in the region have raised concern of wider escalation, a decade after the last Palestinian uprising subsided.

The Israeli military said soldiers spotted the youth holding a lit Molotov Cocktail and about to throw it at vehicles traveling along a main West Bank highway where Israeli cars are often targeted by Palestinians hurling rocks and petrol bombs.

“The force responded to the immediate threat, prevented the attack, and shot one of the assailants,” an Israeli military spokeswoman said. The Palestinian Health Ministry confirmed his death and age.

A wave of stabbings, shootings and car-rammings carried out by Palestinians has killed 27 Israelis and a U.S. citizen since October. Israeli forces have killed at least 156 Palestinians, 101 of them assailants, according to authorities. Most of the others died during violent protests.

The bloodshed has been partly fueled by Palestinian frustration over long-stalled peace talks which have failed to deliver them an independent state and anger at perceived Jewish encroachment on a contested Jerusalem shrine.