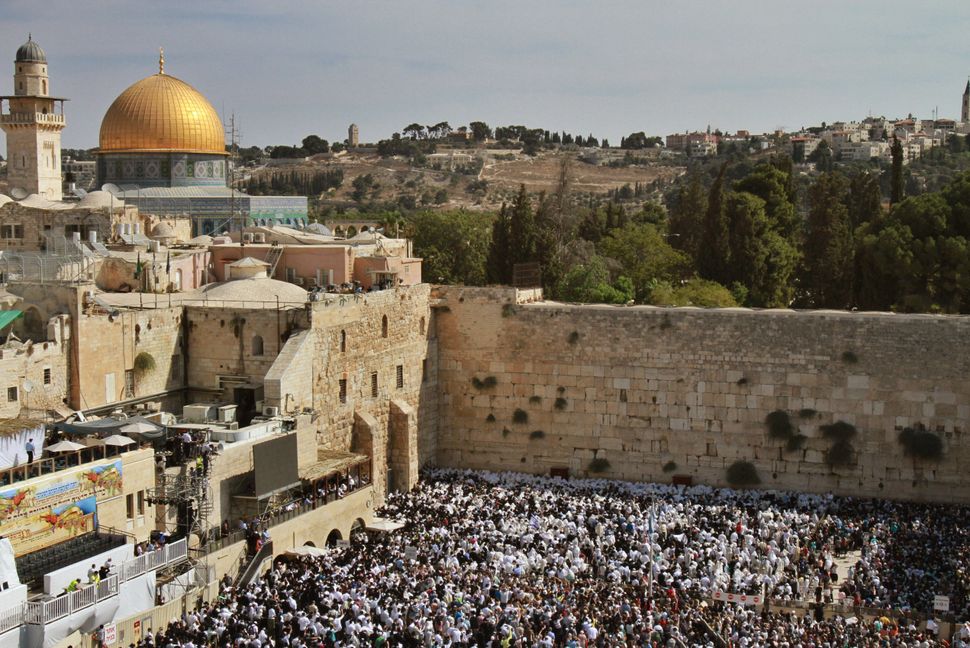 The Waqf, the Islamic trust that oversees the Temple Mount, says it opposes an expanded egalitarian prayer area at the Western Wall.

The Waqf has filed a complaint with the Israel Police and will consider other steps, The Associated Press reported Sunday, citing Omar Kiswani, director of the Al-Aqsa mosque compound. The Muslim body lays claim to the antiquities at the holy site and says the expansion disturbs the status quo there.

On Jan. 31, Israel’s Cabinet approved an agreement to expand the non-Orthodox Jewish prayer section of the Western Wall.

Jordan reportedly also is protesting the plan, saying it will damage the ruins of the Umayyad Palace at the site where the expanded section is to be built, south of the Western Wall and next to the Temple Mount.

The Waqf claims the area also should be under its jurisdiction.

Meanwhile, a plan to install surveillance cameras on the Temple Mount announced in October by the United States in order to deter violence at the site has been delayed due to disagreement between Israel and Jordan, Haaretz reported.

Israeli officials fear there could be more tension and violence on the Temple Mount if cameras are not installed by Passover.