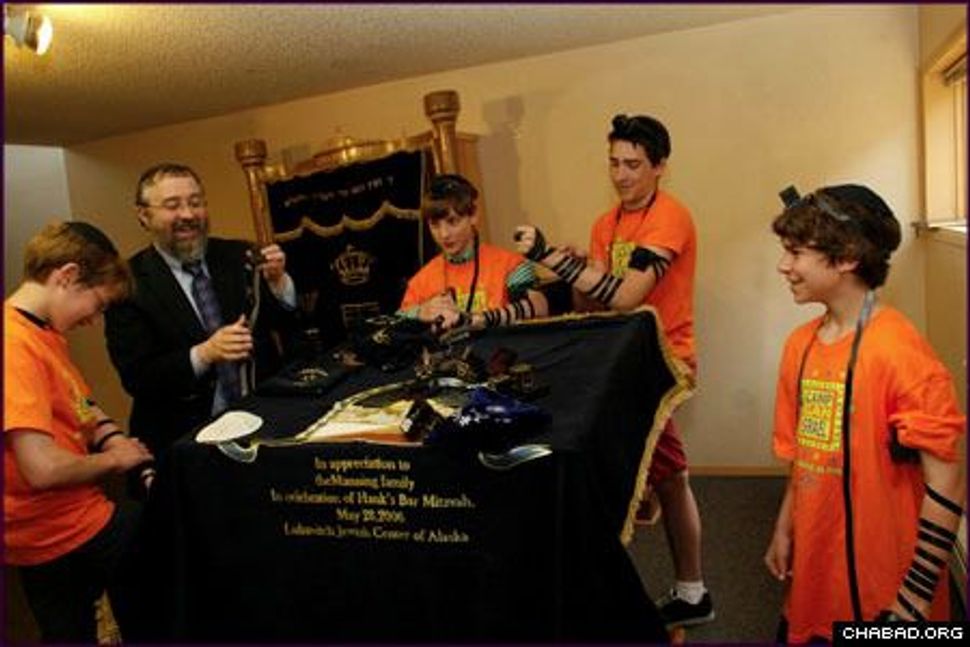 An Alaskan rabbi, invited to offer the daily opening prayer in the Senate, prayed for the United States to lead in the fight against terrorism worldwide.

“Grant, Almighty God, that the Members of the Senate, who assembled here today, to fulfill one of Your Seven Commandments, the Commandment to govern by just laws, understand that the United States has the ability to lead the entire world and be a role model in spreading and incorporating Your Seven Laws, and in doing so, have the power to bring healing and peace to a struggling and broken world that is facing ongoing terror and violence,” Rabbi Yosef Greenberg, who heads the Chabad-Lubavitch outlet in Anchorage, said Feb. 3.

Greenberg described the present day as a period in which “misguided people use religion to commit the greatest crimes against humanity by stabbing and murdering innocent men, women, and children in the Middle East, Europe, Israel, the USA and all over the world.”

Sen. Lisa Murkowski, R-Alaska, invited Greenberg to open the session, said Rabbi Levi Shemtov, who heads the American Friends of Lubavitch, the movement’s Washington office. Each day of Senate business, a clergyman is invited to launch proceedings with a prayer.

“It allowed the chamber to be warmed by a spiritual leader of the Frozen Chosen,” Shemtov said of Murkowski’s invitation.

Shemtov said the invocation of the “seven commandments,” or the seven laws handed down to Noah and applicable in Jewish tradition to Jews and non-Jews, was typical of a prayer a rabbi would offer a body with members of multiple faiths.

“A prayer offered by someone Jewish for a Jewish audience will focus more specifically on a Jewish theme,” he said. “When a prayer is offered for a broader group or assemblage, a more universal message is appropriate.”