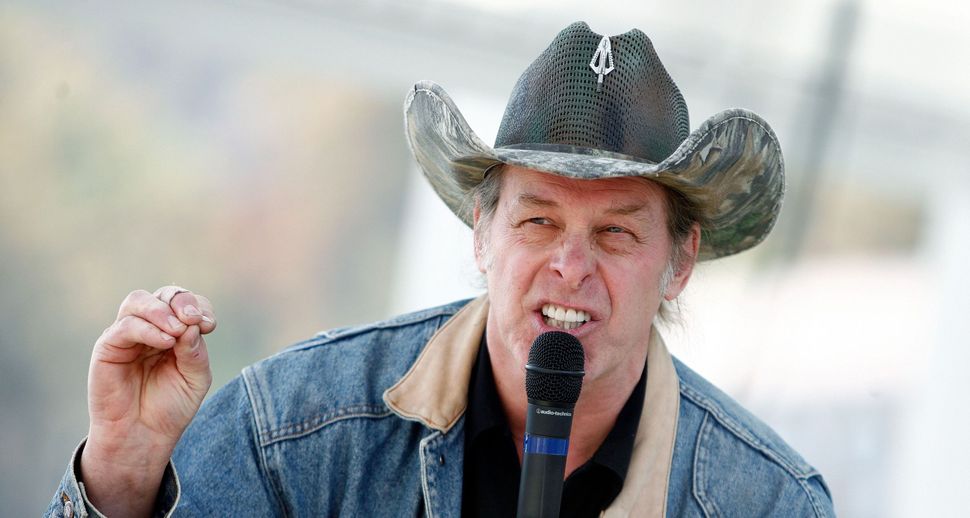 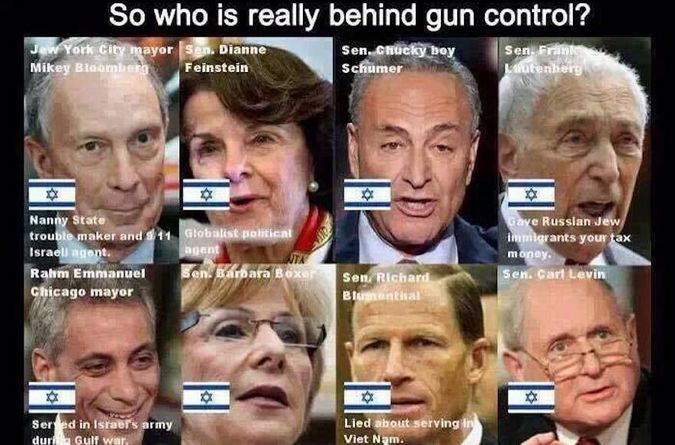 “Know these punks. They hate freedom, they hate good over evil. They would deny us the basic human right to self defense & to KEEP AND BEAR ARMS while many of them have tax paid hired ARMED security! Know them well. Tell every1 you know how evil they are. Let us raise maximum hell to shut them down!” Nugent wrote.

“Ted Nugent has a long history of being an equal opportunity offender. But his latest share on Facebook, making the outrageous suggestion that Jews are behind gun control, is nothing short of conspiratorial anti-Semitism,” ADL CEO Jonathan Greenblatt said in a statement.

Among others included in the post are Harvard Law professor Alan Dershowitz and Democratic California Sens. Barbara Boxer and Dianne Feinstein.

Nugent, the voice of ’70s hits like “Stranglehold,” is an avid hunter, a board member of the National Rifle Association board member and a strong supporter of the Republican Party. He has a long history of making inflammatory statements. Most recently, after watching the Michael Bay film “13 Hours” about the highly politicized attack on the U.S. embassy in Benghazi, Libya, he said President Barack Obama and former Secretary of State Hillary Clinton should be “tried for treason and hung.”