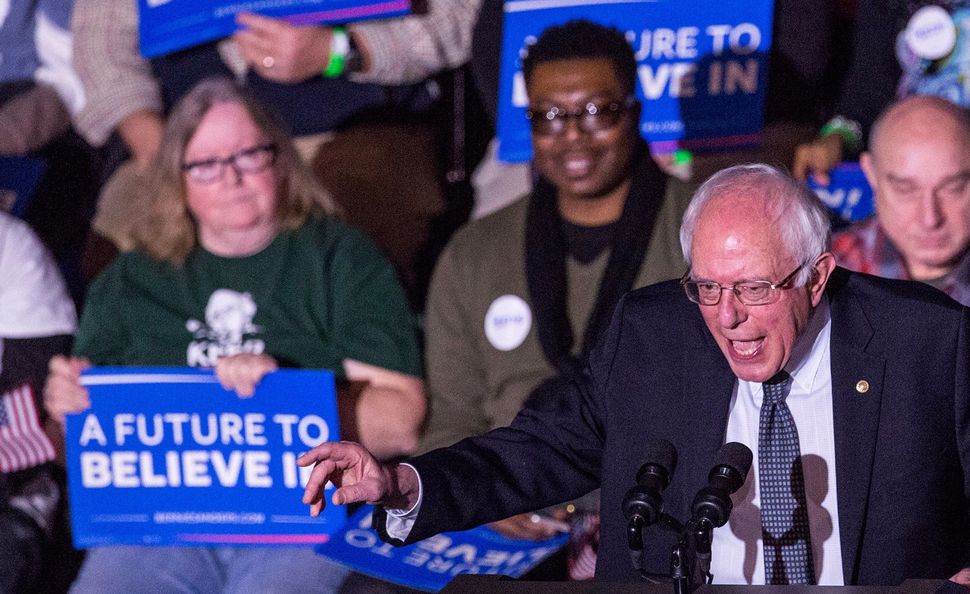 The town has nine registered voters, and the four Democrats went for Sanders, an Independent U.S. senator from neighboring Vermont. Hillary Clinton didn’t get a single vote.

On the Republican side, Ohio Gov. John Kasich received 3 votes and Donald Trump, a billionaire real estate magnate, had 2.

Under the state’s election laws, communities with fewer than 100 voters can open the polls at midnight on Election Day and close as soon as every registered voter has cast a ballot.

Statewide, Sanders, who is Jewish, has been leading Hillary Rodham Clinton in the polling ahead of Tuesday’s primary while Trump was the front-runner among the Republicans.

Last week in the Iowa caucuses, Clinton finished with 49.9 percent of the Iowa precincts and Sanders 49.6 percent in a surprisingly strong showing for the Vermont senator.

Sen. Ted Cruz of Texas won the Iowa Republican caucus in an upset with 28 percent of the precincts, followed by Trump at 24 percent and Sen. Marco Rubio of Florida with 23.