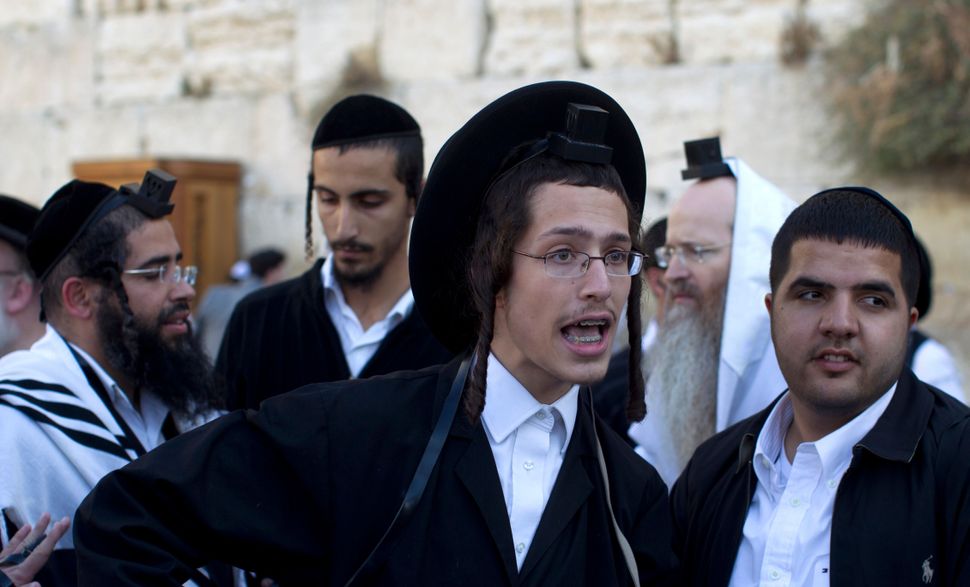 A haredi Orthodox man burned a Reform prayer book while protesting a women’s prayer service at the Western Wall.

The man, Itamar Gadassi, set the book on fire during the monthly service Wednesday of Women of the Wall, which meets at the wall’s women’s section. Protesters regularly shout epithets at the group and have thrown things at them in the past.

According to a press release from Women of Reform Judaism condeming the incident, Gadassi was stopped by police but allowed to stay at the site.

“My claim isn’t against Itamar Gadassi, it’s against those who incite against Women of the Wall and Reform and Conservative Jews,” Women of the Wall Chairwoman Anat Hoffman told JTA. “This incitement can lead to acts. There’s a connection between incitement and what happens in the street.”

Women of the Wall was party to an interdenominational agreement last month to expand the wall’s non-Orthodox section. In the wake of the agreement, several public figures made statements denigrating non-Orthodox Jews. Tourism Minister Yariv Levin said “Reform Jews in the United States are a dying world” on January 31, while Deputy Education Minister said the following day that Reform Jews and Women of the Wall should be “thrown to the dogs.”