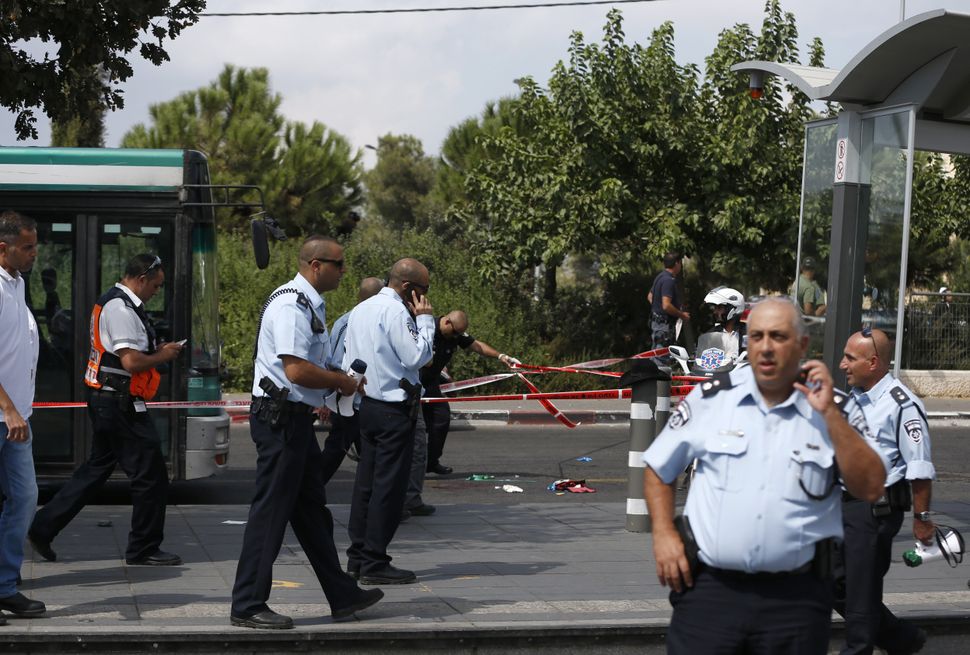 The number of terrorist attacks recorded in Israel last month decreased by 32 percent over December, bringing the total to a level that was last observed prior to September’s escalation in violence.

The Israel Security Agency, or Shin Bet, documented 169 terrorist attacks by Palestinians on Israelis in January, compared to 246 such incidents the previous month, Shin Bet wrote in its monthly report, which it published earlier this week.

It is the first time since July that the number of attacks dropped below the 171 mark observed in August, according to Shin Bet’s figures. In September, October and November, Shin Bet recorded 223, 620 and 326 attacks respectively.

In October, Israeli Prime Minister Benjamin Netanyahu called the escalation “a terror wave.” It was widely referred to in Israel and Palestinian media as “the third intifada.”

Dozens of Palestinians were also killed during the escalation, many of them by security forced or armed civilians while they were carrying out attacks.

Of the 169 incidents recorded in January, 136 involved the hurling of firebombs at soldiers or civilians.

Separately, Netanyahu on Thursday announced he had decided to promote Shin Bet Deputy Director Nadav Argaman, 55, to head the organization. Argaman, who entered the Shin Bet in 1983, had served as the domestic security organization’s liaison to the United States in the years 2007-2011.