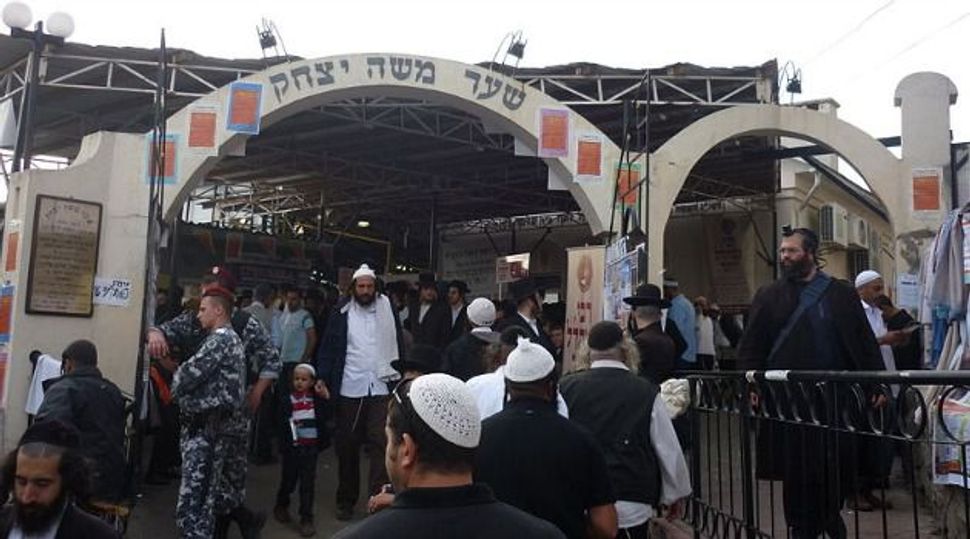 Following an Israeli minister’s meeting with the governor of an area which Russia annexed from Ukraine, Kiev threatened to tighten visa requirements for tourists from the Jewish state.

Ukraine made this threat in a letter sent this week by its ambassador to Tel Aviv to Israel’s foreign ministry, the Segodnya Daily reported Thursday, following the Feb. 10 visit by Minister of Religious Services Ya’akov Margi to Crimea, and his meeting there with Governor Sergei Aksenov.

“Ukraine may take measures for the introduction of various forms of visas for religious pilgrims flying from Israel to Uman,” Ambassador Gennady Nadolenko is quoted as writing, “in reaction to the violation of Ukrainian law on the part of Ya’akov Margi, deputy chairman of the Shas party.”

The central city of Uman attracts thousands of tourists annually from Israel because it is the grave site of Rabbi Nachman of Breslov, an 18th-century luminary. Israel and Ukraine signed a visa-waiver agreement in 2011.

Two years later, a revolution led to the ousting of Ukraine’s former president, Viktor Yanukovych, whom critics alleged was a corrupt Kremlin stooge. After he fled to Russia in 2014, that country annexed Crimea, citing what Russia said was a need to protect ethnic Russians and other minorities, including Jews, from Ukrainian nationalists. Ukraine’s new president, Petro Poroshenko, said this was a false and thin veil for a land grab. Ukraine and most other countries do not recognize Russian sovereignty over Crimea.

The ambassador also wrote Margi may be banned from entering Ukraine and prosecuted, as his actions violated Ukrainian law.

Diverging from the United States and the European Union’s harsh rejection of the Russian move, Israel has remained silent on it in what was widely understood as a bid to preserve good relations with Russia.