5 Palestinians Killed by Israel in West Bank and Jerusalem Attacks 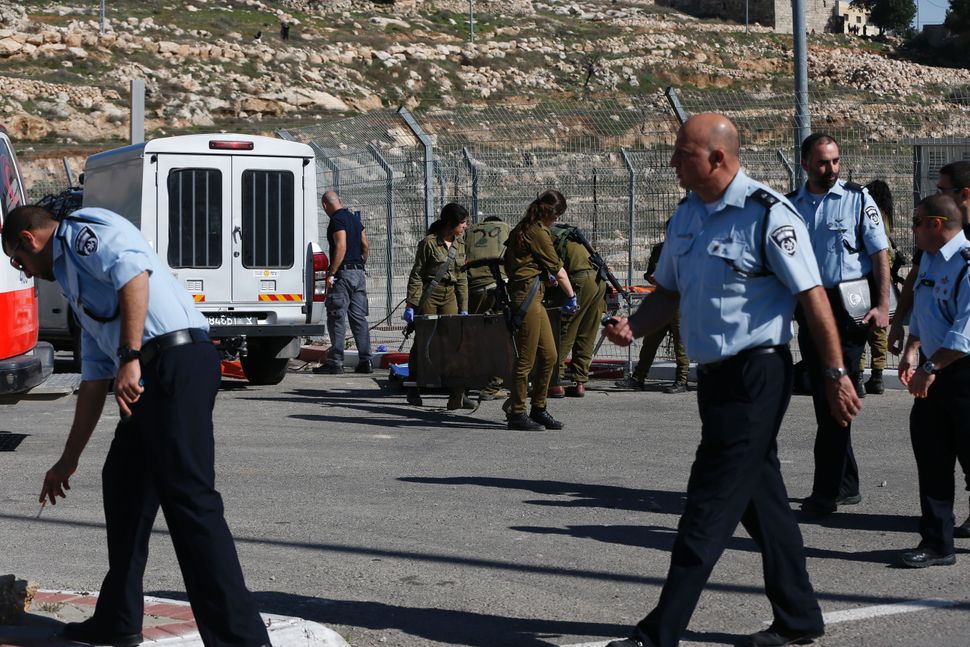 The Israeli army said troops shot dead two Palestinian teenagers who were throwing stones at cars in the occupied West Bank on Sunday after coming under fire from one of them.

In a separate incident, a Palestinian tried to stab an Israeli paramilitary policeman at a checkpoint in the West Bank, near Jerusalem, and was shot dead, police said.

Israeli soldiers have killed at least 161 Palestinians, 105 of whom Israel says were assailants, while the others were shot dead during violent anti-Israeli protests, as the bloodshed persists into a fifth month.

Stabbings, shootings and car rammings by Palestinians have killed 27 Israelis and a U.S. citizen since early October.

As well as frustration over Jewish settlement-building, deemed illegal by the United Nations, on land Palestinians want for a state, tensions have been rising over Jerusalem’s al-Aqsa mosque compound and Islamist calls for Israel’s destruction.

In Sunday’s shooting near the West Bank city of Jenin, “two assailants hurled rocks at cars,” a military statement said. “Forces arrived and were fired upon by an assailant. Soldiers responded and shot the attackers, resulting in their deaths.”

Wassef Abu Baker, a 56-year-old local resident, told Reuters that after hearing gunshots, he drove to within 40 meters (yards) of where one of the teenagers was lying on the ground.

“He was still moving. The soldier shouted at me to move back and they fired at him – maybe it was 12 bullets,” he said.

Abu Baker said he could not see whether the person on the ground was armed. A spokesman for Israeli Prime Minister Benjamin Netanyahu tweeted a photograph of what appeared to be an M-16 assault rifle on the pavement, which he said was the weapon used against the soldiers.

5 Palestinians Killed by Israel in West Bank and Jerusalem Attacks