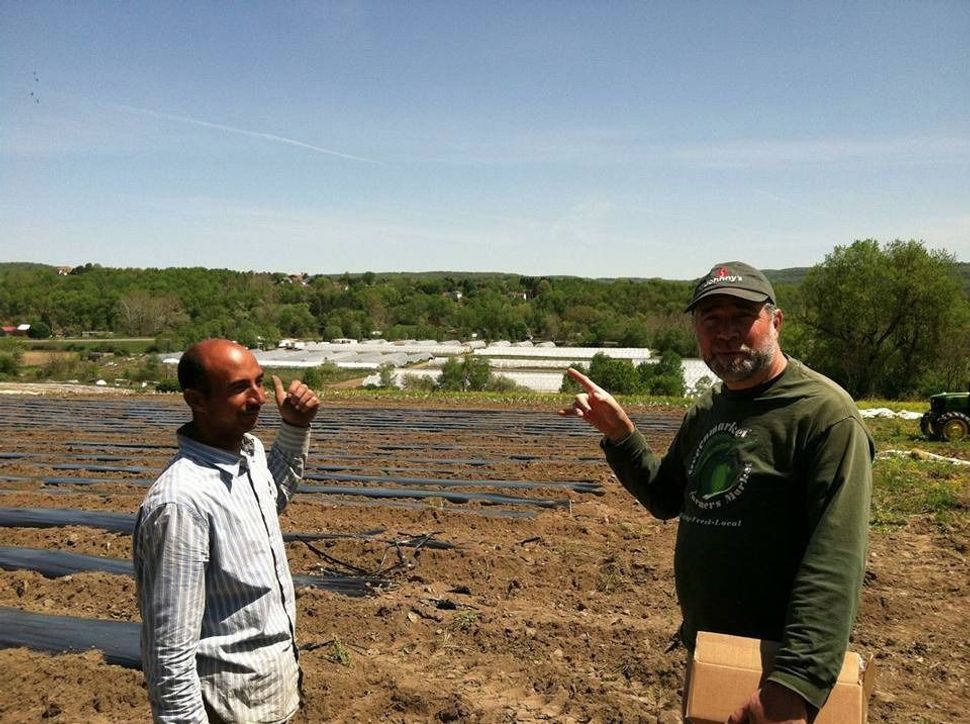 A Muslim organic farmer from upstate New York made an emergency donation of vegetables to a kosher soup kitchen in Brooklyn.

Zaid Kurdieh, who with his wife, Haifa, owns and farms at Norwich Meadows Farm, on Friday delivered 800 pounds of high-end organic carrots to Masbia, a network of kosher soup kitchens that provides meals to hundreds of hungry New Yorkers each week in Brooklyn and Queens. He also pledged to give more in the future.

Kurdieh’s donation came after the soup kitchen’s shortage of donated food was featured in a local ABC news report.

Masbia Executive Director Alexander Rapaport told ABC7 that the soup kitchen needs some 30,000 pounds of food a week to satisfy demand, and that last week it had only 15,000 pounds to distribute.

The Kurdiehs are devout Muslims who practice faith-based farming.