Israel Seeks To Put Ties With Europe ‘Back on Track’ 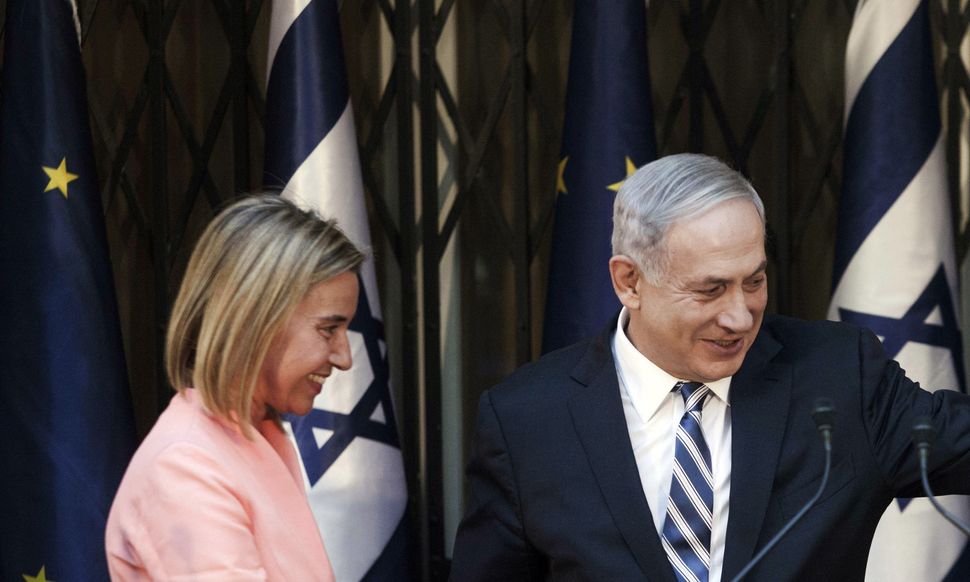 Israel and the European Union have agreed to put relations “back on track,” Israeli Prime Minister Benjamin Netanyahu said.

Netanyahu and top European Union official Federica Mogherini in a weekend conversation discussed tension between Israel and the EU.

European-Israeli relations have deteriorated since November, when the EU adopted long-discussed guidelines to label products made in West Bank Jewish settlements and on the Golan Heights. The EU has also decided that its agreements with Israel do not apply to the West Bank, Golan Heights or eastern Jerusalem.

In response to the labeling decision, Israel froze all EU involvement in Israeli-Palestinian dialogue.

Netanyahu said on Sunday of the conversation with Mogherini that: “I heard from her that the EU is opposed to any boycott of Israel, and about their action regarding product labeling, she defined it as non-binding and said that it does not reflect their position regarding the final borders of the State of Israel, which can be determined – this is what she said – only in direct negotiations between the sides.”

Netanyahu also said: “Israel, as a representative of democratic values, is entitled to receive support from Europe and not just criticism, and I think that this step is welcome. Of course, this is not to say that there will not be friction. There are things that we do not agree on.”

Israel Seeks To Put Ties With Europe ‘Back on Track’