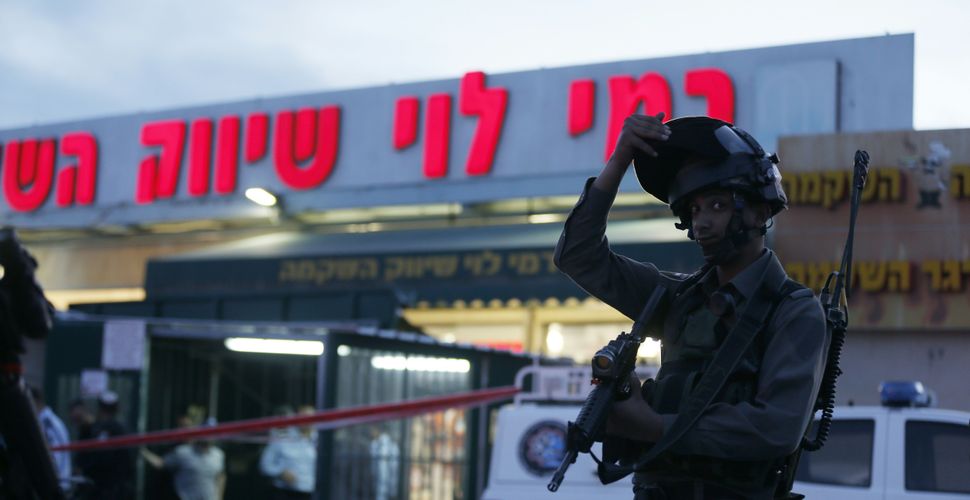 An off-duty IDF soldier who is also a U.S. citizen, was stabbed to death and another Israeli man badly wounded in a knife attack by two 14-year-old Palestinian boys in a West Bank supermarket on Thursday.

The assailants entered a Rami Levy supermarket in the Sha’ar Binyamin industrial zone, stabbed the men, then were shot and severely wounded by passersby.

The slain soldier was Tuvia Yanai Weissman, 21, who served in the Israel Defense Forces Nahal Brigade. He was pronounced dead at Jerusalem’s Shaare Zedek Medical Center. He lived with his wife, Yael, and infant daughter in the settlement Ma’aleh Michmash. Weissman is also survived by his parents and three brothers.

The United States condemned in the strongest possible terms on Friday an attack in the West Bank that resulted in the death of a U.S. citizen, the State Department said in a statement.

The death of American Tuvya Weisman on Thursday underscores the need for all sides to reject violence, the statement said. 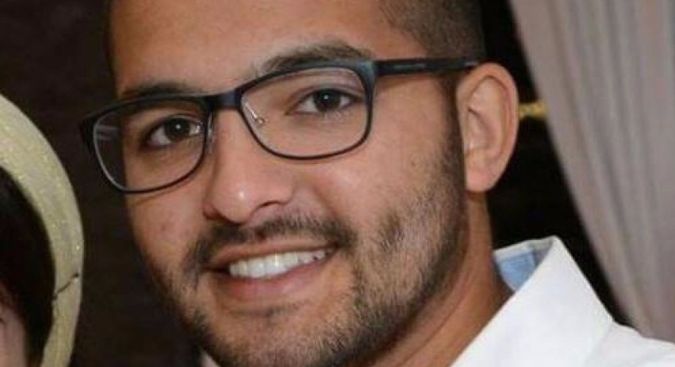 Another man, 35, was stabbed in the upper torso, suffering moderate to serious wounds. He was hospitalized at Hadassah Hospital, Mount Scopus.

Calling the attackers “murderous villains,” President Reuven Rivlin offered his condolences to the family of the victim who died, and wished for a quick recovery of the wounded man. “We will stand strong and respond firmly to restore calm and normality to the lives of our citizens everywhere. We will defeat terrorism,” he said.

The Binyamin Industrial Zone where the attack occurred will be closed to all Palestinians on Friday, except for those with work permits for the area. The IDF decided on the closure on Thursday night. The area will be reopened to Palestinians on Sunday, following changes to prevailing security arrangements.

The IDF also announced the closure of the road connecting the town of A-Ram to the settlement of Adam to Palestinian traffic.

A resident of Ma’aleh Michmash said, “Yanai was born and raised here, like his wife. He was a happy child and had a happy family. We are at a loss for words. The whole community is in mourning. We’ll examine the right way to support the family but you must understand and remember that some things are not within our power or responsibility. Ultimately the strategic solution is not in our hands but in the government’s and maybe it’s time it pulls itself together and decide how to stop this terror wave that is washing over the whole state, not only the (West Bank) communities. It strikes in Tel Aviv and Jerusalem and everywhere. We face a serious challenge, yet at the same time we are filled with faith.”