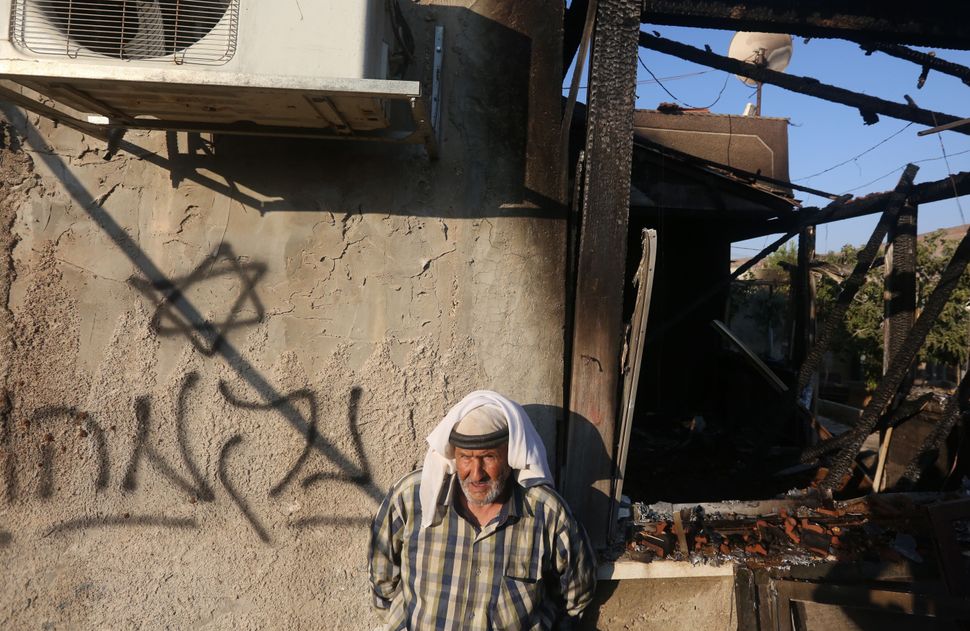 The main suspect in the deadly firebombing of a Palestinian family’s home in the West Bank village of Duma said he was tortured during his interrogations and that is why he confessed.

Amiram Ben-Uliel, 21, of Jerusalem, was charged in January with three counts of murder. Three members of the Dawabshe family — an 18-month-old boy and his parents — were killed in the firebombing.

Ben-Uliel said in a recording reported Sunday night on Israel’s Channel 2 that the torture included being beaten, handcuffed and made to sit in uncomfortable positions, as well as being forced against his religious convictions to listen to women sing.

In addition to hearing women singing on the radio, a female interrogator also sang to him and touched him, which is also against his religious convictions, Ben-Uliel said in the recording.

Ben-Uliel said that when the torture got to be too much, he resolved to confess so it would stop.

“‘I’ll make something up for them so they’ll release me,’ and I said to them, ‘I’ll talk, I’ll talk,’” he said in the recording. Ben-Uliel said he used details he gleaned from his interrogators.

“I started making stuff up. A whole story, how I went and prepared and planned,” he said in the recording. “I told them I planned it with [name deleted], and I met with him, we carried out reconnaissance and all sorts of things.”

Channel 2 did not say when the recording was made or how the station came into possession of it.

The Shin Bet security service, which carried out the interrogation, in denying that the confession was inappropriately obtained, told Channel 2 in a statement that “the interrogation of the individual in question was carried out according to the stipulations of the law, and under the supervision and constant oversight of all relevant authorities.”

According to the indictment, Ben-Uliel admitted to planning and carrying out the Duma attack. He said it was in retaliation for the murder of Malachi Rosenfeld, 25, in June in a drive-by shooting by Palestinian attackers in the West Bank on a road near Duma.

The police said in a statement at the time of the indictment that Ben-Uliel returned to the scene of the Duma attack and walked them through its events, in which he allegedly spray-painted graffiti including “vengeance” and “long live the Messiah” on the house before throwing firebombs through the window. Along with the three deaths, 5-year-old Ahmed Dawabshe remains hospitalized and faces a difficult rehabilitation.

A minor was charged as an accomplice in the firebombing.

Ben-Uliel, the father of one, reportedly was detained by the Shin Bet on Dec. 1. His father, Reuven, is the rabbi of the West Bank settlement of Karmei Zur, where he grew up.