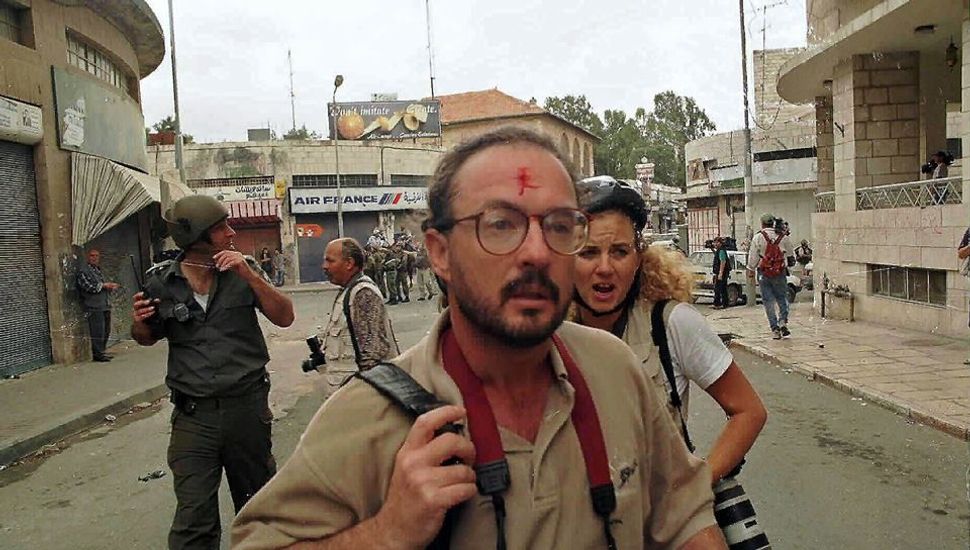 Award-winning photographer Brian Hendler, who served for many years as JTA’s staff photographer in Israel, has died.

Hendler, a South African immigrant to Jerusalem, died suddenly on Wednesday at 63, according to The Jerusalem Post, one of the many news outlets for which Hendler worked. The report did not offer any information on cause of death.

Among the news outlets Hendler worked for were The Associated Press, Reuters and National Geographic. He also shot photos for Jewish and Zionist organizations.

During his tenure at JTA in the 2000s, Hendler won at least four first-place awards from the American Jewish Press Association. Among his award-winning shots were photos from Israel’s 2005 withdrawal from Gaza, “Sea of Soldiers” and “Leaving Gaza,” as well as conflict photos from 2004, “Grieving Soldiers in Gaza” and “Fighting the Fence.”

“Brian made aliyah at a young age all on his own, and stuck it out,” a relative in Jerusalem, Yael Newman, told The Jerusalem Post. “He was committed to Israel and Jewish values, and was passionate about his photography.”

Hendler, who was not married and had no children, is survived by his mother and a brother in South Africa, the Post reported.