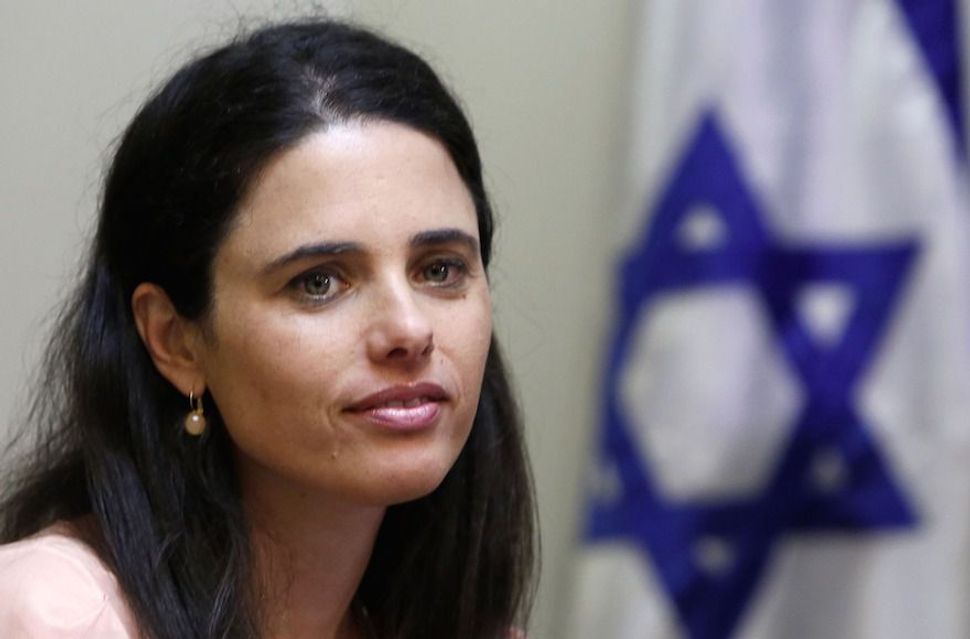 Israel’s Justice Ministry approved legislation that would make government cultural funding contingent on the recipient’s “loyalty” to the Jewish state.

The ministry, headed by Jewish Home party member Ayelet Shaked, green-lighted the legislation, which has not yet been brought to the Knesset for a vote, on Wednesday, the Times of Israel reported. The “loyalty in culture” bill, proposed by Culture Minister Miri Regev, would empower the culture ministry to deny state grants to groups that mark Israel’s Independence Day as a day of mourning, a practice common among Arab citizens of Israel, or deny Israel’s right to exist, among other things.

“A cultural institution that undermines the country will no longer benefit from its support,” Regev said, after the bill’s approval, according to Army Radio. “The freedom to be funded plus the freedom of expression are the DNA of Israeli society, and every other democratic society,” she said.

Though Regev has described the proposed legislation as an effort to “redefine and update the priorities of the cultural world in Israel,” critics have claimed it amounts to censorship and threatens Israel’s democracy.

According to the Times of Israel, Adalah, an Arab-Israeli rights group, condemned the legislation Wednesday, calling it “an effort to harm Israeli-Arab artists whose political opinions differ from that of the government’s.”

Numerous artists, writers and political leaders, including Attorney General Yehuda Weinstein, have come out against the bill.