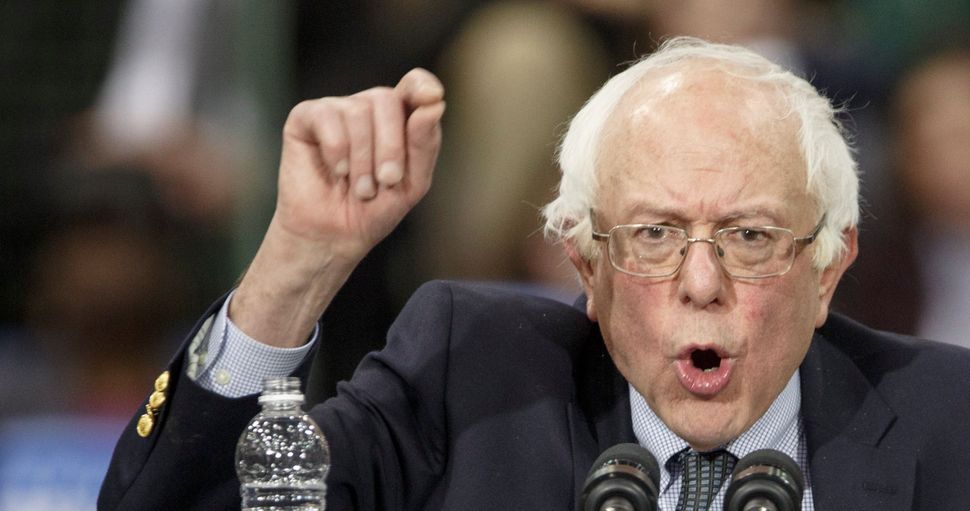 Democratic presidential candidate Bernie Sanders opened up about his Jewish heritage at a University of Chicago town hall on Thursday.

A Jewish student asked Sanders to speak about his faith during the event broadcast by MSNBC, noting that Sanders had been reticent about discussing his Judaism.

“Obviously, being Jewish is very, very important to me,” Sanders said. “I am very proud of my heritage. And what comes to my mind so strongly as a kid growing up in Brooklyn and seeing people with numbers on their wrists — you probably have not seen that — but those were the people who came out of the concentration camps. And knowing that, my — a good part of my father’s family was killed by the Nazis. And that lesson that I learned as a very young person is politics is a serious business. And when you have a lunatic like Hitler gaining power — 50 million people died in World War 2.”

“So I am very, very proud to be Jewish and I’m proud of my heritage,” he added.

Sanders, who is not observant, has pointedly avoided discussing his Jewish background.

He has regularly mentioned his father’s ‘Polish’ immigrant roots, without mentioning that he was Jewish.

When countering Hillary Clinton’s history-making claim to be the first female president, Sanders trumpeted that his candidacy too would be groundbreaking because of his “background,” without specifying what exactly he meant.