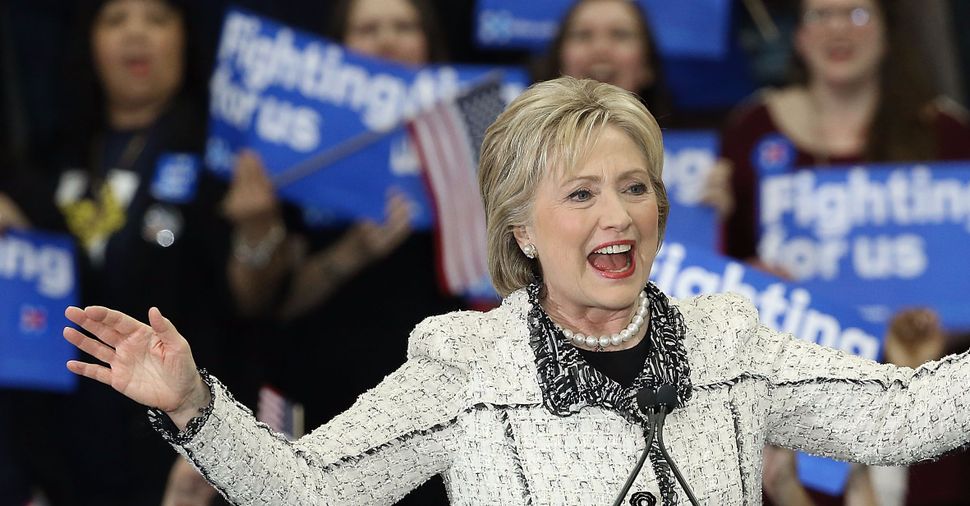 Democratic presidential candidate Hillary Clinton rolled to a big victory over rival Bernie Sanders in South Carolina on Saturday, propelling her into next week’s crucial “Super Tuesday” voting in 11 states on a wave of momentum.

The win solidified Clinton’s status as the strong front-runner to capture the party’s nomination for the Nov. 8 election in her quest to become America’s first woman president.

Television networks called the result for Clinton as soon as voting closed, suggesting a large victory. Early returns showed her winning with double-digit margins in many areas.

The former secretary of state’s victory decisively established her strength among black voters, a crucial Democratic constituency who make up more than half of the party’s primary electorate in South Carolina.

The result was Clinton’s third victory in the first four Democratic contests, and raised more questions about whether Sanders, the democratic socialist U.S. senator from Vermont, will be able to expand his support beyond his base of predominantly white liberals.

“Today you sent a message,” Clinton told cheering supporters in Columbia after the result came in. “In America, when we stand together, there is no barrier too big to break.”

The Democratic race now becomes a broader national contest. Eleven states, including six in the South with large minority populations where polls show Clinton with big leads, will vote on Super Tuesday and four more over the next weekend.

Clinton’s camp was hoping a big win in South Carolina, after more narrow victories in Iowa and Nevada and Sanders’ clear win in New Hampshire, will set her up for a big night on Tuesday, when about 875 delegates will be up for grabs, more than one-third of those needed to win the nomination.

Sanders, who has energized the party’s liberal wing and brought young people to the polls with his message of attacking income equality and reining in Wall Street, needs a breakthrough win in a key state in the next few weeks to keep his hopes alive.

Recognizing his steep odds in South Carolina, Sanders had spent most of the past week in states that will vote in March. As the results rolled in on Saturday, he was scheduled to hold a rally in the “Super Tuesday” state of Minnesota.—Reuters