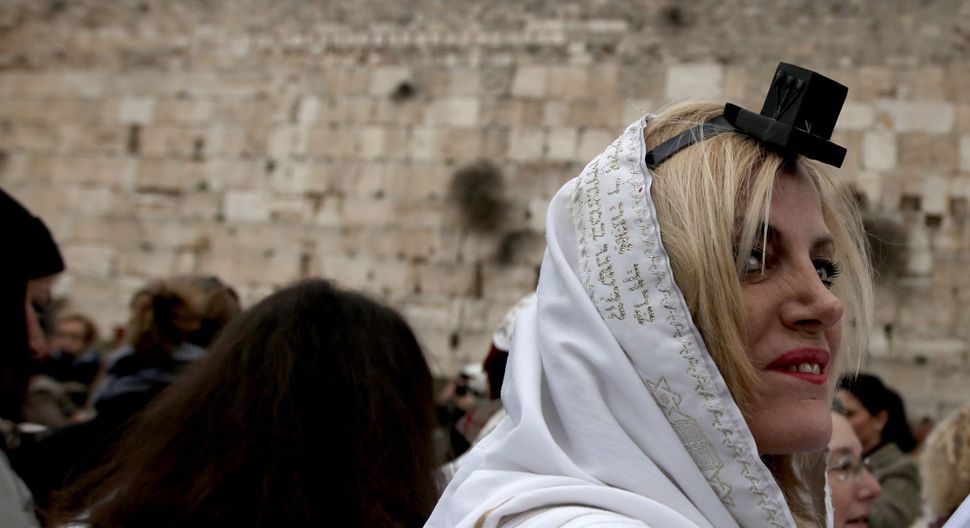 A women’s prayer service at the Western Wall was disturbed by protesting haredi Orthodox men and women.

The Original Women of the Wall group held morning services on Monday using a small Torah scroll that they smuggled in for the service. The more than 20 women were wearing prayer shawls and phylacteries.

According to a statement issued by the group, a breakaway from the Women of the Wall, the prayers were “brutally disturbed” by several haredi Orthodox men and women.

“Over twenty women participated in this morning’s prayer as the group and other worshippers prayed uneventfully at the Kotel until a number of haredi women began screaming and attempting to push into the group, assaulting members of the group by violent shoving and grabbing arms. Shouting and cursing, the attackers did not relent their assault until police arrived to protect the women’s prayer group,” according to the statement.

The police removed the protesters and remained in the area until the prayer service ended.

A 2013 Supreme Court ruling acknowledged the women’s right to pray at the Western Wall according to their beliefs, claiming it does not violate what has come to be known as “local custom.”

Regulations at the site set by the office have allowed women to wear prayer shawls and kippahs, but prevented them from using a Torah scroll in their section.