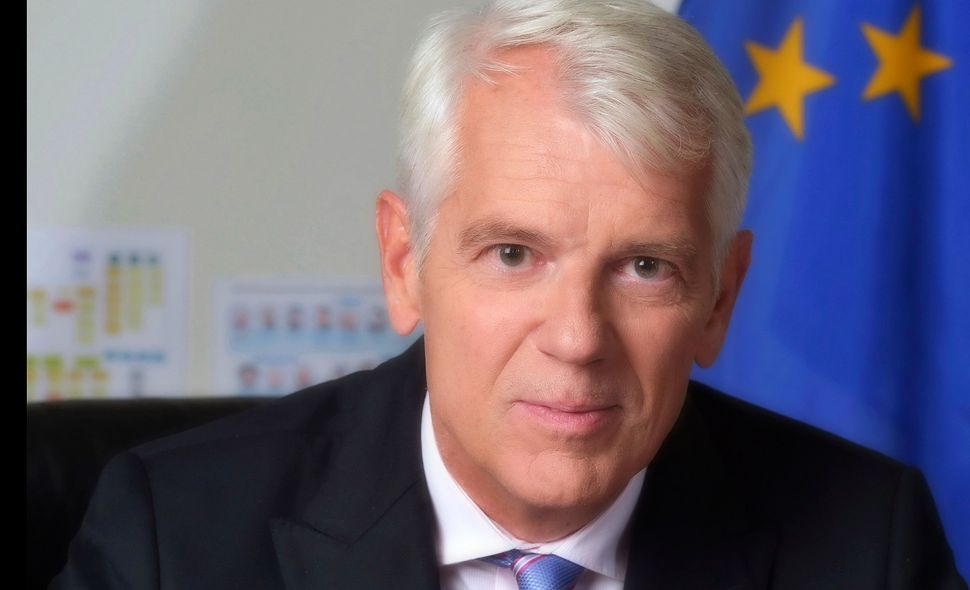 The European Union has condemned a campaign by a new settler organization that verbally attacks its envoy in Jerusalem.

The video posted Sunday on Facebook by the Jerusalem’s Periphery Forum, which represents Jewish communities south of Jerusalem, criticizes the EU for funding illegal homes for Bedouin and Palestinians along the major North-South Route 1.

The 30-second video holds EU envoy Lars Faaborg-Andersen responsible for the construction and calls for him to be “muzzled.” The last image is of Faaborg-Andersen wearing the muzzle seen on Hannibal Lechter in “The Silence of the Lambs.”

In a statement, the EU said: “Resorting to personal threats and slander can never be justified, despite differences of opinion. To raise allegations of the EU supporting terror is unacceptable. We appreciate that the Israeli government has quickly condemned the video and we trust that the Israeli authorities will take appropriate action.”

The statement also defended the housing, saying it was justified under international law as humanitarian aid for people who otherwise would be homeless.