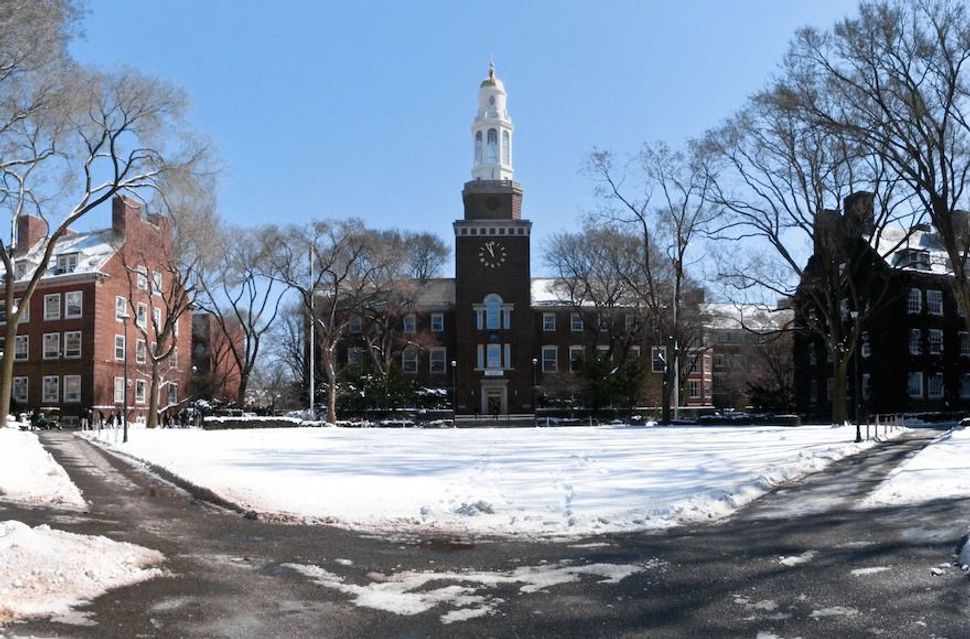 After last month’s anti-Zionist incident at Brooklyn College, the City University of New York tasked its chancellor with studying complaints of anti-Semitism at several of its campuses.

In addition to putting CUNY Chancellor James Milliken in charge of the probe, the university is establishing a task force to foster a more understanding and respectful environment, the Anti-Defamation League said in a statement Friday, in which it praised the institution for the actions.

The probe follows a string of recent incidents that the ADL characterized as featuring “anti-Israel bias” across CUNY campuses.

Students at Brooklyn College on Feb. 16 allegedly demanded that “Zionists” leave campus and referred to a professor at a meeting as a “Zionist pig,” prompting strong condemnations of the incident by the college administration.

“The university needs to act on this and enforce disciplinary action on the students that participated,” the Democrat said in a statement. “It’s nice to issue a statement apologizing for what occurred, but actions speak much louder than words.”

In November, the New York City chapter of Students for Justice in Palestine invoked what ADL called an anti-Semitic stereotype in the lead-up to the “Million Student March” rally at Hunter College when it referred to those who run CUNY as a “Zionist administration.”

The pro-Palestinian organization said its members “categorically refute all claims of racism being thrown at the Million Student March and various chapters of Students for Justice in Palestine.”

Additionally, several hate messages, including anti-Semitic, anti-gay and racist graffiti were discovered in restrooms and a classroom on the campus of John Jay College last year.

Evan R. Bernstein, ADL New York regional director, said, “Over the past few years, students have expressed to us firsthand a growing concern over a climate of anti-Jewish animus on some” CUNY campuses. “We are also troubled by the manifestation of anti-Israel bias that has left some Jewish students feeling singled out.”

The formation of a task force composed of members of the administration, faculty and students is “an additional step that indicates that CUNY is taking these allegations seriously,” Bernstein said.