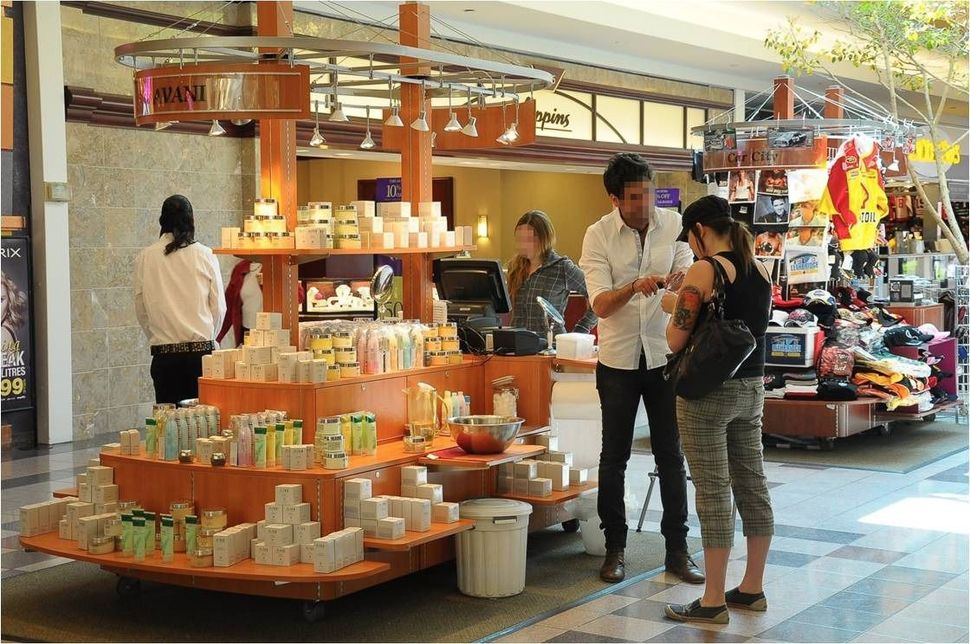 Omer Gur Geiger, a resident of Raliegh, North Carolina, and nine other men and women were arrested last week and indicted in federal court in Virginia on Friday. They were employees of Stanga, a North Carolina-registered company operating mall kiosks selling products said to be made from Dead Sea minerals. The products were sold under the “All That’s Natural” label.

Stanga was registered in North Carolina in 2007 with Geiger as the agent; it is part of a larger venture called RASKO, which reportedly recruited Israelis to work in the mall kiosks in the United States, helping the Israeli nationals to obtain travel visas, or B-2 visitor visas, in order to enter the country, according to the indictment.

“From at least 2007 through the date of the Indictment, RASKO recruited foreign nationals from Israel to work as employees in its kiosks and stores in malls in the United States. If prospective employees did not have a visa, RASKO personnel offered to assist individuals in obtaining one for travel to the United States. Since 2011, many such workers came to the United States via B-2 visitor visas,” according to the indictment.

FBI agents tracked more than $14 million in sales over the last five years; according to the investigation, and many of the Israeli salespeople did not have work visas and the company did not pay taxes on the employees, the NBC affiliate WRAL-TV reported.

The young Israeli salespeople are known to be aggressive in an effort to make big sales. They generally use their commissions and earnings to fund post army treks.