Should Amsterdam Strip Name of ‘Nazi Collaborator’ From City Building? 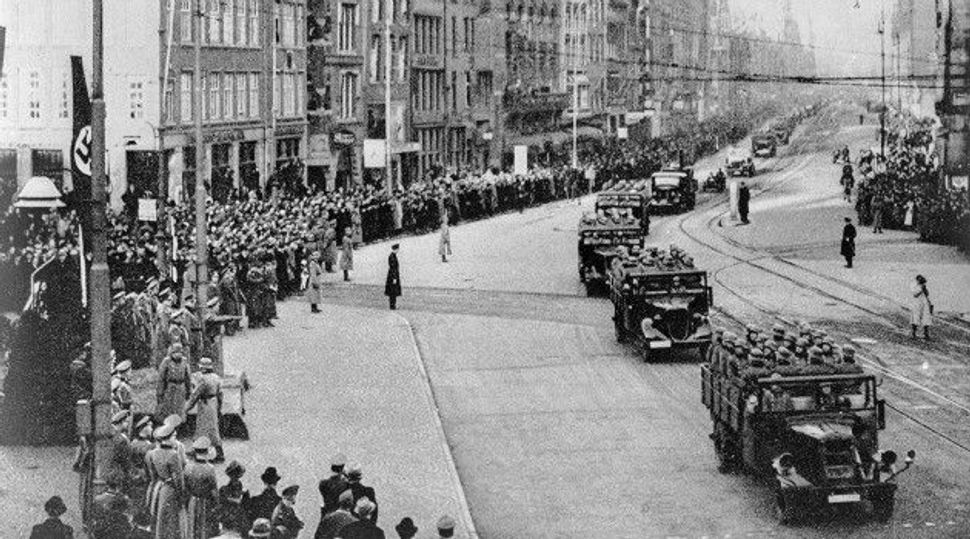 In a rare move, a Dutch watchdog on anti-Semitism called on the City of Amsterdam to rename a municipal hall bearing the name of a former official who helped deport Jews to their deaths.

The Center for Information and Documentation on Israel, or CIDI, on Saturday urged the city government of the Dutch capital to scrap the honor it conferred more than 30 years ago to Piet Mijksenaar, a late top official with the city.

The move followed the publication last month of a historian’s book about the Asterdorp Ghetto in Amsterdam’s north, which detailed Mijksenaar “enthusiastic help with the deportation of Jews, and that he strived to make this process rapid and efficient,” as CIDI described it in a statement.

According to Het Parool daily, Mijksenaar also helped save two Jews from the Hollandsche Schouwburg – an Amsterdam theater house that Nazi occupation forces turned into an internment camp for Jews. But his record of collaboration with the Nazi occupation had remained obscure.

While common in Eastern and Central Europe, the veneration of Nazi collaborators is relatively rare in the Netherlands.

Last year, Allseas, a shipping giant that built a large vessel and named it for the late SS officer Pieter Schelte, agreed to change the ship’s name following years of campaigning by anti-Fascist activists, including from CIDI.

The book detailing Mijksenaar’s collaboration, “Asterdorp” by Stephan Steinmetz, also revealed that Amsterdam hiked rent prices for Jews after they had been confined to ghettos comprising city-owned real estate.

Should Amsterdam Strip Name of ‘Nazi Collaborator’ From City Building?