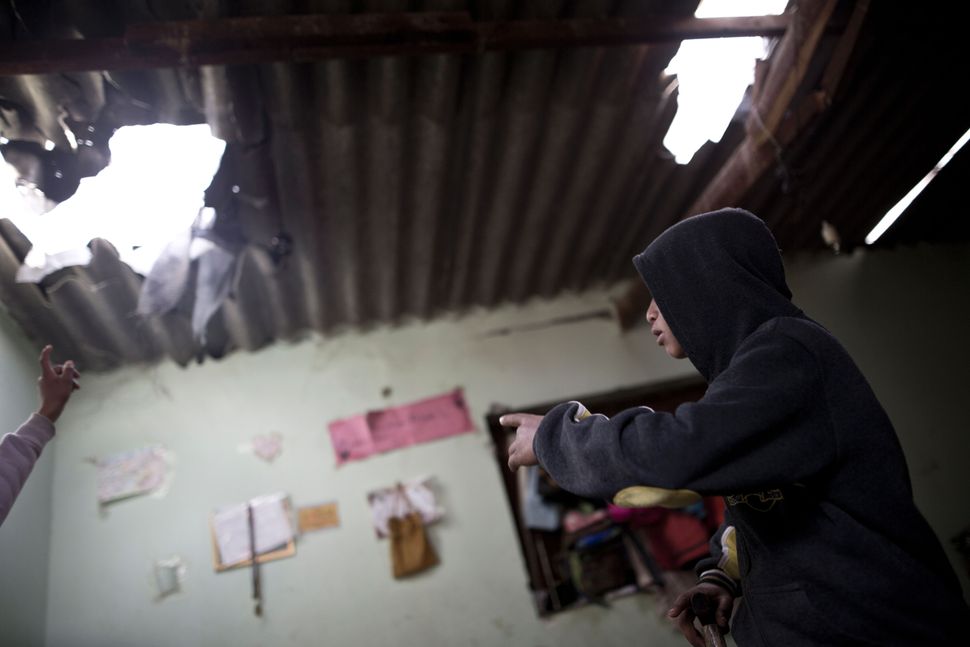 A Palestinian boy and his sister were killed in Hamas-controlled Gaza on Saturday by a missile fired by an Israeli aircraft, medical officials said.

An Israeli military statement said aircraft had targeted four militant training camps belonging to Hamas after four missiles landed in open areas in southern Israel on Friday night. No casualties were reported from the rocket strikes.

Residents of Beit Lahiya in the northern Gaza Strip said Yassin Abu Khoussa, 10, died after debris from the explosion hit his home, which is situated next to a militant training camp.

The fatalities from air strikes in Gaza were the first since last October. The Israeli army said that since the beginning of the year and including Friday’s salvo, seven rockets have been fired from the Gaza Strip into Israel.

Israeli military spokesman Lieutant-Colonel Peter Lerner said the rocket strike was an effort by militants to “threaten the security and safety of the people of southern Israel. The (military) will continue to act to protect against those who threaten innocent lives and Israel’s sovereignty.”

Beset by a months-long surge of street attacks by Palestinians from the occupied West Bank and Jerusalem, Israel has little desire to see a new flare-up in Gaza, where Hamas has mostly held its fire in the past 18 months.